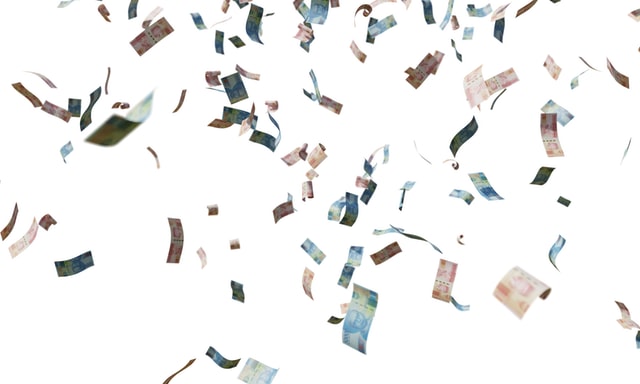 from the Gateway Pundit:

Kamala Harris appeared on the Willie Moore show over the weekend to discuss soaring gas prices and the Biden Admin’s infrastructure package.

“How do we get to a solution for [gas prices]?” the host asked Kamala Harris

“Well first of all we’ve been, um, you know, understanding that it is a real issue, um, what we have done is we’ve actually released some of the reserves, the petroleum reserves to bring down the cost of gas prices. And we are also dealing with – the cost of gas is just part of the issue of the cost of living, right?” Harris said. “It’s too expensive for too many people.”

Kamala Harris was also asked for some words of encouragement to Americans who are struggling.

“I would say first of all thank you for being a fighter, for knowing that we have reason to have faith in what is possible but we have to work to make it achievable and that includes what folks did to get out and vote in 2020 because that led to – I think of it like this – people put in their order and said this is what I want.”

Meanwhile…in the house of the criminally insane:

And when the going gets tough, the ‘tough’ nowadays shit their pants and backstroke to a notecard:

That we have these stellar examples of alien dung in charge isn’t necessarily due to recent actions by the unwashed. No, it’s that age-old thing where it’s not so much what you do in life, it’s what you don’t do that contributes to the factory of sadness.  And most of us, at one point in our lives, had the chance to take to heart the following advice, imparting a bit of whomp ass, leading to wisdom that just might have carried over to adulthood, leaving these rich boys a bit wary to shuck their jive upon the innocents:

And now, the rich boys’ droppings?  Well, you decide:

So when this corporate media now switches their focus to trying to convince the American public that Russia and Putin are a threat to our national security, that’s an indication to look around and see what they are trying to cover up and hide.

And one does not have to look very far to see the damaging effects of their COVID-19 vaccines. The government’s own database of Vaccine Adverse Events Reporting System (VAERS) through March 18, 2022 shows that there are unprecedented increases in recorded deaths and injuries following COVID-19 vaccines for the past 15 months since they were issued emergency use authorizations (EUAs), as compared to recorded deaths and injuries reported following all FDA-approved vaccines for the previous 30 years.

These government statistics show there is no greater danger to the lives of Americans today than our own government which is sitting on data that show the following increases of reports in VAERS following COVID-19 vaccines:

This is mass murder and genocide. 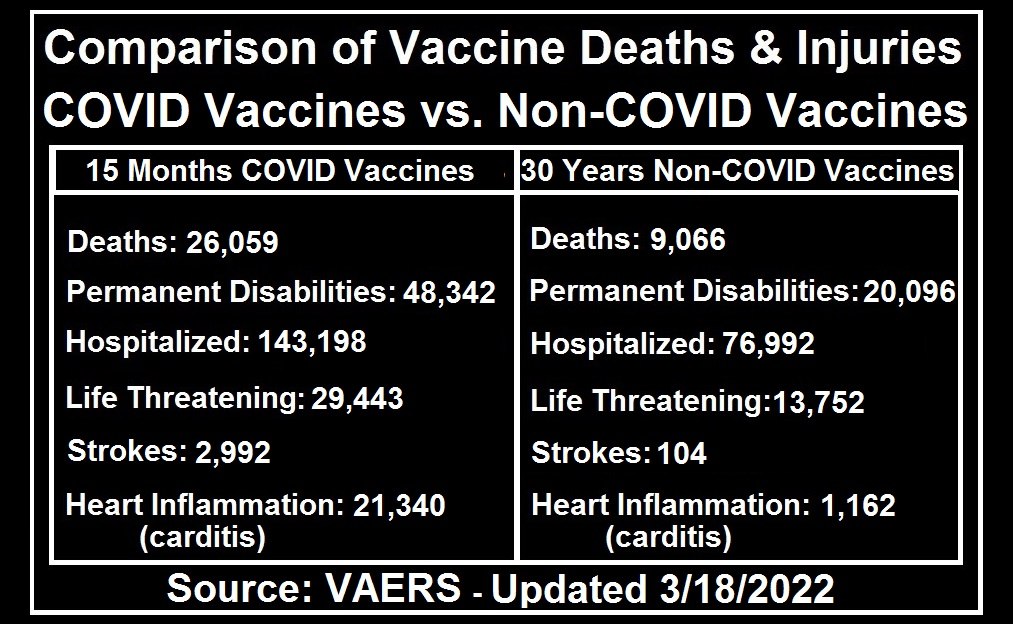 “Believing passionately in the palpably not true… is the chief occupation of mankind.”
― H.L. Mencken

Photo by Eyestetix Studio on Unsplash