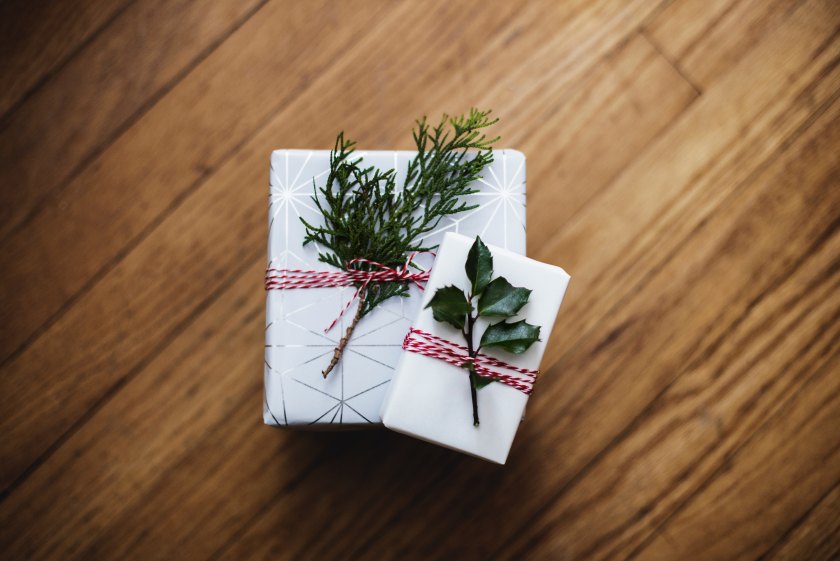 You feel it, right? Panic is starting set in.

One week to go until the mother of all “holidays” for corporate purveyors of mostly plastic junk descends upon the world, bringing 10 or so solid minutes of our undivided attention into tearing apart wrapped packages, drooling with anticipation that the gifts given, will bring about some sort of Zen-like mental state, ensuring us that nirvana is just around the corner because someone inserted their plastic card to attain future debt in order to send along glad tidings of joy, happiness and Christmas “love”.

To borrow a line from a Woody Allen movie from years back, “Hannah and Her Sisters” –

“If Jesus came back and saw what was being done in his name, he’d never stop throwing up.”

Ah yes…Christmas in the age of insanity.

And then, there are the hours, days, maybe even a week or two spent with relatives – some or many of whom are atheists, all in a lather that the celebration of the “Savior” of the world isn’t celebrated as they see fit of a God, prophet or other they never give more than a scant thought towards at any other time of the year. Their expectations are laughable – expecting you to celebrate Jesus’s life by buying them the appropriate plastic shyte they won’t take a second look at the day after Christmas. And God help you if you don’t!

But not to piss and moan too much, as there’s always next year, and in the coming year – there’s always present, kick-in-the-ass good time right around the corner – especially when it’s delivered by the psychopath’s whom can always be counted on to send forth new versions of Hell for all living matter.

A group of Harvard scientists plans to tackle climate change through geoengineering by blocking out the sun. The concept of artificially reflecting sunlight has been around for decades, yet this will be the first real attempt at controlling Earth’s temperature through solar engineering.

The project, called Stratospheric Controlled Perturbation Experiment(SCoPEx), will spend $3 million to test their models by launching a steerable balloon in the southwest US 20 kilometers into the stratosphere. Once the balloon is in place, it will release small particles of calcium carbonate. Plans are in place to begin the launch as early as the spring of 2019.

“The first real attempt at controlling Earth’s temperature through solar engineering” – the choicest of guano.

If you’ve never taken a moment from staring at your hand held radiation device to look up to the skies, watching, as planes deliver their chemical goo into the skies above, that spreads out into a haze of god-knows-what, wondering, how did the clear blue sky turn white so quickly – you haven’t truly experienced the insanity of the age.

But wait – what’s the need of another diabolical experiment to block the sun by a bunch of Harvard scientist’s, funded in large part by Bill Gates – you know – the guy who has funded other controversial experiments, many of them including one that would implant devices into babies to automatically give them vaccines?

After all, the average global temperature dropped by more than half a degree Celsius from February 2016 to February 2018, according to recent NASA data. And more from the gods at NASA: Scientists Find Earth is Cooling, Not Warming; NASA Predicts Mini-Ice Age.

Ah, but there’s the rub: the psychopath’s who, by either some deal made with Beelzebub, or simply coming to the understanding that most insouciant humans presently occupying the planet don’t really give a damn about anything that requires thought, empathy, courage or love to stand against these nutjobs – they can engage in whatever f**kery they want.

Think of your favorite and most personal Christmas memory – I would lay odds that your most cherished Christmas memory doesn’t involve opening a box presented you with plastic junk, nor imagining demons, taking on human form, with their finest debauchery of how to sicken the earth.

It’s probably one of a memory of charity, kindness and love that didn’t involve you purchasing one damn thing in order to “celebrate” the life of Christ.

It’s always good to remember that Jesus, with all his messages of love, charity and kindness – did turn the banksters-of-the-day’s apple cart, upside down.

If we continue to turn a blind eye to these monster’s BS; each of us, whether they be our spouses, our children, our lovers, or our beloved family members, will suffer from unimaginable sufferings (except by those innocents that Washington bombs into oblivion) from the ideas and wishes of pond scum, masquerading as modern day prophets – being nothing more than vacant, deprived and loathsome bodies here to f**k up everything as best they could.

Yes – they are real and do exist.

Handel: “Messiah” – For Unto Us A Child is Born – Sir Colin Davis, Tenebrae – London Symphony Orchestra