You tell a co-worker, someone you might have tolerated just yesterday, that you, along with 20 others in your office need a simple attachment sent along so that you might be able to pull off some miracle-of-a-work project.  They’ve checked out and aren’t listening to you. If you’re a bit older and have kids in the brainwash mode of modernity via those same “smartphones” and you query them with a gentle question wondering how they’re doing…you’re most likely to hear crickets chirping – for a few days.  “Sorry Dad, I got busy”. Busy…with what, you ask yourself.  “Many things,” they tell you, never mentioning anything specific.

You walk in to your relatives home for the holiday festivities at Thanksgiving or Christmas.  After the perfunctory “hello’s and how are you’s”, nearly everyone is off to their smartphones. What the f$#@ for? What could have happened during the time one left their car to the time spent on formalities in order to be fed – a span of maybe 10 minutes? Not a damn thing.

You tell doctors what’s ailing you, a bad case of indigestion or maybe even warts on your hands and they want to proceed with critical organ removal. They don’t care to listen to you. If you’re a parent and even just semi-informed of the daily horseshit that is passed off as education, you tell your school’s administration that the garbage they’re teaching your kids is grade A guano – that your little darlings aren’t being taught how to read, write, add, subtract, multiply or divide. Careful – they’ll report your ass to the the “authorities” – they don’t care – and after all, they know better and they’re not listening to you anyway.  You call almost any American corporation with a simple request, like – please fix my phone, appliance, invoice – and you’re on hold for the time that could be better spent reading the first half of “War and Peace” –  and then when you get an actual, real live human being on the other end, they’re as responsive as your non-working appliance.

The collective “I don’t want to know” is our sickness. Lack of manners?  Possibly.  Education of everything that is non-important, inconsequential, fear-based, pro-government, pro-media, never questioning, never asking anything outside the lines of the accepted BS, segues nicely into the modernity of the mainstream media telling you what to think, what to like and what is truth.  Interaction with live human beings – that is reserved for dinner and drinks with conversation centered around things we are told we should care about, that we should be concerned about.

Try telling friends, relatives or even those you love the water is not fit to drink , nor the food fit to eat and they laugh like a hyena. They don’t want to know. Tell them their government has no more interest in their welfare than the strange neighbor 5 houses down from them and they’ll look at you with their ever-present glassy-eyed look. They don’t want to know.  Tell them that you took their smartphone and smashed it pieces – now that they’ll hear.

Many (many) years ago when I was in my late teens, we went out on Friday and Saturday nights with friends.  Our conversations didn’t revolve around garbage.  We talked about music, not just popular music, but all music.  We talked of religion, of history, of our family history, our lineage.  We shared our hopes and dreams and what love, relationships, marriage, might mean to each of us individually. We were inquisitive…of each other.

Today, Saturday morning, 9:00 a.m. – some dude walks into a bakery, coffee shop.  I’m sitting at a table, barely getting the first sip of coffee down to get the mind working, reading the paper.

“How are you doing?”, the pleasant woman behind the counter asks the dude.

“Kick-ass!” the guy YELLS, extending his arms in the air and waiting for a high five from the pleasant woman behind the counter.  Jesus, Mary and Joseph…you’ve got to be kidding! At 9:00 in the morning? Does EVERYTHING have to be an epic celebration today?  Just walking into a bakery in the early morn’ will get you a high five?  F- me!

Yes, people are talking but they don’t really want to hear you.  I’ve spent an hour and a  half in the back seat of a car and the twenty-something’s in the front seat not once engaged in any conversation with me. They don’t want to hear – there is no real inquisitiveness – the art of real talking, discussion and listening is nearly dead. And it’s not just the younger generation at fault – it’s the collective, young or old, they don’t want to hear you – they don’t want to know anything outside the fake reality presented to them by their hand-held device or TV screen.

And so, when we want to know why our country is so dis-engaged, so distracted, so bent, amoral, immoral, cynical, apathetic, and just down-right rude – we look no further than our lack of respect for each other, our disinterest in what someone is saying to us and our overall disinterest in truth.  We’re distracted because of the goddamn phone in our hands, or the TV that won’t be shut off, or the radio station that keeps blaring away or the media and government who won’t stop lying to us. 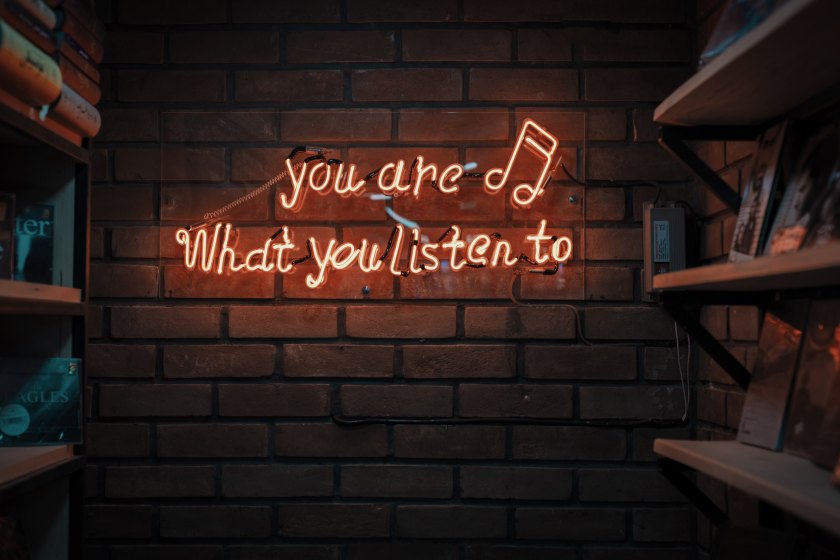 Stop! Look around, observe, show some decency, respect and start listening.  If we start listening to each other, engaging in respectful conversation, agreeing and disagreeing, talking, conversing, not about the politically correct nonsense were spoon-fed each day, but we matters to each of us – then maybe collectively we will want to hear, want to listen, engage in dialogue, in conversation and come to agreements on all that we love and hold dear to our hearts – that mainly being, the welfare of those we love.  And those who are our so-called leaders, those whom we elect with some fantasy that they are actually listening to us – they can be ousted, once and for all -for they are not listening to us.

Dr. Paul Craig Roberts (paulcraigroberts.org), whom I consider one of the most honest and brilliant thinkers of today, uses this word, “insouciance”, often to describe, in a general sense, the American public.  He also gives extraordinarily truthful, insightful, and intelligent observations on what’s really going on, not just here in America, but in regards to the world at large as well.  If so inclined, I hope you might stop by his website and read of his wisdom, and if more inclined, support him in his efforts. He provides far greater wisdom, insight and clarity that I would ever be able to write or speak to.

Why not a bit J.S. Bach to set things right in the mind: