In 1782, Mozart wrote his opera, The Abduction from the Seraglio:

The plot concerns the attempt of the hero Belmonte, assisted by his servant Pedrillo, to rescue his beloved Konstanze from the seraglio of Pasha Selim.

Ah, such solvable troubles from long ago.

We who try to resist the insanity of the modern era wonder out loud: who will abduct us, “legally or illegally”, from the horseshit of the present day and age?  In a word (or two), no one, except maybe ourselves!

Of course, there are earthly wonders provided by God, the Universe, Mother Earth, a subculture of alien visitors who became bored with humans inability to get along and left us in these modern ruins, or any other Creator one believes in.  Consider this gem of the wonders of lavender that few know about:

At the time of the Black Plague in the 17th century it was recorded in the Royal English Archives, that a band of thieves routinely broke into the houses of plague victims and looted the corpses without ever falling ill with the disease themselves. It transpired that they were a family of perfumers who coated their bodies with oil containing lavender essential oil which they knew protected them from the deadly bacteria. History also shows that the entire town of Bucklersbury completely escaped the plague due to it being the centre of the European Lavender industry. – via hubpages.com

Proof indeed that the Creator(s) left us mere mortals every type of natural wonder to assist us through this journey to the next interstellar coffee shop outpost.

Consider just a smattering of the benefits of the glorious Lavender plant:

Lavender is rich in antioxidants, giving it the power to protect against disease-causing oxidative stress. One Romanian study has shown that simply inhaling the scent of lavender for an hour was enough to provide neuroprotective effects. – naturalnews.com

Marvelous!  And check out some other lavender benefits – via organicfacts.net

The smell of lavender essential oil is potent for many types of bugs like mosquitoes, midges, and moths. Apply some of the lavender oil on the exposed skin when outside to prevent these irritating bites.

Frequent studies on elderly patients have shown an increase in their sleep regularity when their normal sleep medication is replaced with some lavender essential oil being placed on their pillows. It has a relaxing impact on people that it can often replace modern medicine for sleep issues.

Lavender essential oil has a calming scent which makes it an excellent tonic for the nerves and anxiety issues. Therefore, it can also be helpful in treating migraines, headaches, depression, nervous tension and emotional stress. The refreshing aroma removes nervous exhaustion and restlessness while also increasing mental activity. It has a well-researched impact on the autonomic nervous system, which is why it is frequently used as a treatment for insomnia and also as a way to regulate heart-rate variability.

According to dermatologists and aromatherapists, lavender essential oil is one of the most beneficial oils in the treatment of acne.  Lavender essential oil inhibits the bacteria that cause the initial infection, helps to regulate some of the over-excretion of sebum by hormonal manipulation and can reduce the signs of scarring after the acne has begun to heal. Adding a small amount of lavender essential oil to other skin creams or ointments can greatly increase the potential for relief and healing.

Lavender oil is widely used for various respiratory problems including throat infections, flu, cough, cold, asthma, sinus congestion, bronchitis, whooping cough, laryngitis, and tonsillitis. The oil is either used in the form of vapor or is applied on the skin of the neck, chest, and back. It is also added to many vaporizers and inhalers that are commonly used for colds and coughs. The stimulating nature of lavender essential oil can also loosen up the phlegm and relieve the congestion associated with respiratory conditions, speeding up the recovery process and helping the body naturally eliminate phlegm and other unwanted material. The vapor of lavender essential oil also has antibacterial qualities which can battle respiratory tract infections.

The idiots we continue to let run our lives; whether of a political, governmental or educational persuasion – or any of the other authoritarian nut jobs who have forced folks into their system of learning – one created by them, approved by them and the administered by them – have us boxed in to their insanity. Doubtful God intended it to be the way it is. 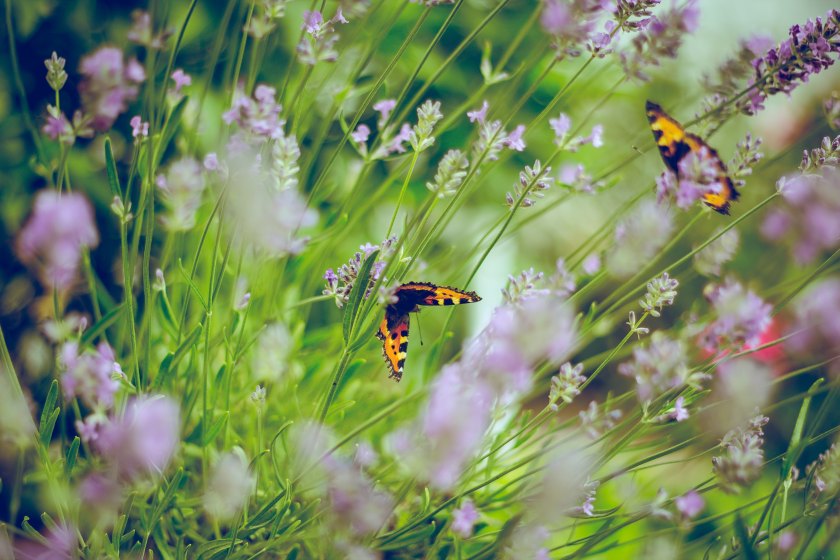 Lavender is just one of the bounty of herbs provided to all.  No guy or gal in a white lab coat who memorized extensively needs to tell us of the benefits of herbs (for they don’t know anyway) no further lab tests needs to be done on what history has taught us (if we would but learn from it) no governmental studies need to be conducted… God’s bounty of herbs works, and are here for our benefit.

We here at the Asylum put a few drops of lavender oil into a diffuser and let it mist away and cleanse the air.  Our Vet will spritz a lavender mist into the air before an anxious but lovable canine enters for an office visit.

The cast members from Mozart’s “The Abduction from the Seraglio”, as shown in the short clip below from the marvelous movie, “Amadeus”, seem quite happy.  Maybe they knew of the wonders of the lavender plant!

Mozart’s Turkish Finale from “The Abduction from the Seraglio” (1:22)

The content provided here is for informational purposes only and should not be used in place of the advice of a healthcare professional. Always consult a doctor or your trusted health guru if you have health concerns.