With nuttiness ratcheting up nicely for the 2 minute eclipse extravaganza next week; with Americans packing the family up and hitting the dilapidated US road systems for some four-wheeling fun without going off-road in search of daytime darkness, the media is salivating once again – this time over titans of industry, commerce, and just plain con-artistry, abandoning the president’s business advisory council.

President Trump’s relationship with the American business community suffered a major setback on Wednesday as the president was forced to shut down his major business advisory councils after corporate leaders repudiated his comments on the violence in Charlottesville this weekend. – WashingtonPost.com

We get their resignation and wanting to distance themselves, or wash their hands of Trump in their holy water of righteousness but it’s also choice hypocrisy coming from multi-millionaires whose companies rake in billions, reward their CEO’s with millions yet pay their workers ridiculously low wages and further; conduct business in countries whose human rights records and practices are violent, racist, sexist, homophobic and intolerant, with not a whimper of protest.

The authorities severely curtailed the rights to freedom of expression, association and assembly, detaining and imprisoning critics, human rights defenders and minority rights activists on vaguely worded charges. Torture and other ill-treatment of detainees remained common, particularly during interrogation, and courts continued to accept torture-tainted “confessions” to convict defendants in unfair trials. Women faced discrimination in both law and practice and were inadequately protected against sexual and other violence. The authorities continued to arrest, detain and deport irregular migrants. Courts imposed many death sentences, including for non-violent crimes and against juvenile offenders; scores of executions were carried out. Coalition forces led by Saudi Arabia committed serious violations of international law, including war crimes, in Yemen. 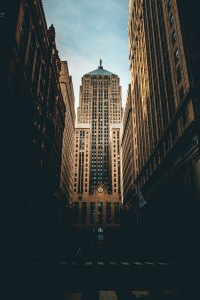 The offended CEO’s of JP Morgan, 3M, Walmart, Johnson & Johnson and others who abandoned the council due to Trump’s views on Charlottesville – their companies conduct business in Saudi Arabia.  Searching on the world wide waste, we couldn’t find one denunciation of the country’s practices from these caring and offended CEO’s.

Many of the folks who decry hate and violence were the same ones foaming up hatred of Russia. We are subjected to their hatred of Iran, Iraq, North Korea and any other country who doesn’t bend a knee to whatever Washington says is right.

“Every record has been destroyed or falsified, every book has been rewritten, every picture has been repainted, every statue and street building has been renamed, every date has been altered…History has stopped. Nothing exists except the endless present in which the party is always right” — George Orwell

And consider further the Facebook post that has gone viral from a resident black farmer in Charlottesville, calling out the hypocrisy of local residents, giving each other and themselves hearty “way to go’s” in condemning the overtly racist white nationalists while remaining blinded by their own racism:

A message to Charlottesville about Lee Park from your local Black farmer:

I know some folks are really feeling themselves about this whole Love Trumps Hate counter-rally to Richard Spencer’s punch-worthy shenanigans in Lee Park. I’d like to appreciate it, but frankly I just don’t.

I’ve lived in several cities and visited many more before Charlottesville. I like this town for its natural beauty, it’s small size, the friendliness of its people, and its food. But folks, here’s something else: Charlottesville is by far the most aggressively segregated place I’ve ever lived in or visited. And that seems a strange thing to have to say about a town that hosts a public university.

I say “aggressively” for two reasons. One, because of how assertive police (and the citizens who summon them) are here with racial profiling. It got so bad in 2014 – 2015 that I stopped renting farmland on estates where I could be easily seen from the road, and I stopped making food deliveries into wealthier neighborhoods because of how often police would “happen by” and sometimes even question me five or ten minutes after I got a strange look from a passerby (usually someone jogging, but occasionally someone in a car). I’m not a paranoid kinda guy, but this happened way too often to be a coincidence.

It isn’t Richard Spencer calling the cops on me for farming while Black. It’s nervous White women in yoga pants with “I’m with Her” and “Coexist” stickers on their German SUVs.

Second is the sheer degree of cultural appropriation going on with businesses in the city proper. It’s little things – e.g. shops and other businesses incorporating wide swaths of hiphop culture into their branding while having not a single Black owner, partner, employee, or vendor. And those businesses are KILLING IT here. This is a town where Blackness advances White-owned brands and subjects Black-owned businesses to inspection by law enforcement.

Do you really think that problem comes from people like Richard Spencer?

Check out C’Ville Weekly’s Instagram feed when you get a moment, and try not to notice that the few depictions of Black people are limited to sports, singing, criminal justice, or single parenthood. White people, meanwhile, are represented as political activists, chefs, cogs in the gig economy, musicians, dancers, people who get married, visual artists, songwriters, architects, landscapers, thespians, artistic directors, wedge-heel-wearing rugby players, dog lovers, farmers, firefighters, and people who play with their kids in cul de sacs.

Richard Spencer is not the editor of C’Ville Weekly.

Truth is, as a Black dude, I’m far less bothered by the flag wavers in this picture than this town’s progressives assuming its race problem has nothing to do with them. The former is a visual inconvenience. The latter could leave my daughters without a father.

So please, put down the candles and instead ask yourself: why is my city like this? Why is life like this for Black people in my wonderful city? The answer is a lot closer to home than Richard Spencer or Lee Park.

Such a post as the one above is stark reminder that to end the sickness of the heart, mind and soul that is racism, we can pretty much start by working on the person we see in the mirror.

And another reminder –  that the politicians, CEO’s, media and entertainment personalities who lecture us each and every day with whatever new bird droppings that pop into their heads – their agenda of discord and mistrust of anything and anyone except what they deem right and proper is what has brought us to our current state of insanity.

As Oliver Stone said in a recent interview with the HollywoodReporter.com:

“1984 is here. We are there. The only thing they have not yet done is to erase history … there are still people who remember things,” he said. “One week it is terrorism [that dominates the headlines], the next week Putin and the next Korea.”

It was, Stone said, “just like Hate Week in 1984, where the name of the country and the face of the leader changes halfway through a rally. They are doing it now and getting away with it.”