As most of the unwashed settle in and yawn their way through unpleasant news of young athletes collapsing because of God knows what – it’s such a mystery, don’t you know – a soothing feeling trickles up their legs that the dickheads in the media will do what they do best and gloss over such “rarities”, supplying a narrative for the willful ignorant to take comfort in hearing…that being to question nothing, all is right with the world, keep sucking your thumb, contemplating your navel, or marveling at the nonsense forever circling in your brain, proudly mistaking it for thinking.  All is as it should be.

But sometimes a morsel of doubt worms its way into the mind, wondering when Father Time (who remains undefeated) knocks on one’s door, will there really be any sort of judgement cast upon them for deeds done or not done?

Glad you asked but I haven’t a clue. I would hope there will be.  Doubtful the gods have allowed one to be here and continue to writhe in the mundane without proper pay-offs to them divvied up in the hereafter.  Maybe part of eternity assuming groom-of-the-stool responsibilities for one’s wickedness?  No doubt there are equally vile duties awaiting those who enter Gehenna for… “On the wicked he will rain fiery coals and burning sulfur; a scorching wind will be their lot. For the LORD is righteous, he loves justice.” Psalm 11.  Hmmm, can all that be true?  Probably not now because Father Time seems so far away…but my guess is that one thinks differently when Father Time approaches one for a personal appointment.

Dante had some interesting ideas of the Inferno: And while the Indifferent might get to hang out in the vestibule of Hell for eternity, imagine what awaits the truly fucking demented of our age once Father Time comes a-knockin’?  Surely, a God of Justice has plans for the sick, twisted freaks of grafters, hypocrites and false counselors whose edicts, ‘recommendations’, mandates, strong-arm tactics, bullying and other pleasant means of coercion have brought upon an ocean of suffering and death to so many.

Professor Michel Chossudovsky has collected here — https://www.globalresearch.ca/the-covid-killer-vaccine-people-are-dying-all-over-the-world-its-a-criminal-undertaking/5800358 — a number of videos documenting the widespread sufferings and deaths of the vaccinated.It is not the unvaccinated who are “mysteriously” dropping dead all over the world.It is the vaccinated.  – paulcraigroberts.org

But hey…hanging out in the vestibule of Hell probably isn’t that bad, right?  I mean, so what if family, friends, loved ones, mates and lovers were seduced by morons, imbeciles and psychofuck’s in expensive clothing, lamping them over the head that they just had to take the experimental chemical sludge in order to….insert bullshit here. It was done for the better good and now we’re all fucked for the better good.  All for one….and all for one!  The gods won’t hold me accountable for my indifference, my ignorance, my arrogance, my silence and apathy, right?

Excess Deaths and Disabilities in the U.S. Workforce Continued in 2022 – via healthimpactnews.com 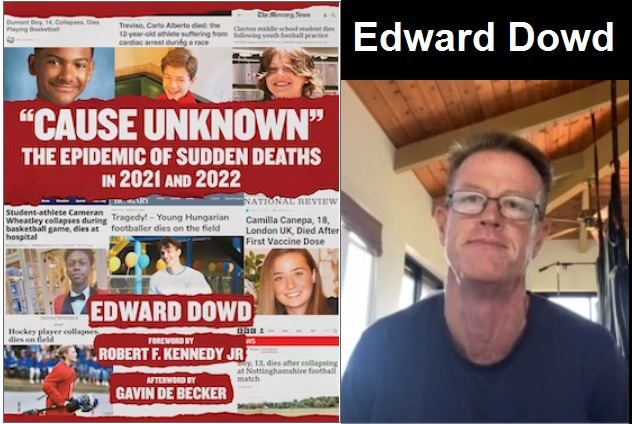 Wall Street investor and analyst Edward Dowd was on the Dr. Jane Ruby show this week, where he discussed the data he has published in his book, Cause Unknown.

Even as the COVID shots drastically decreased in 2022, excess deaths and disabilities among the young and healthy in the U.S. workforce continued to rise throughout 2022. 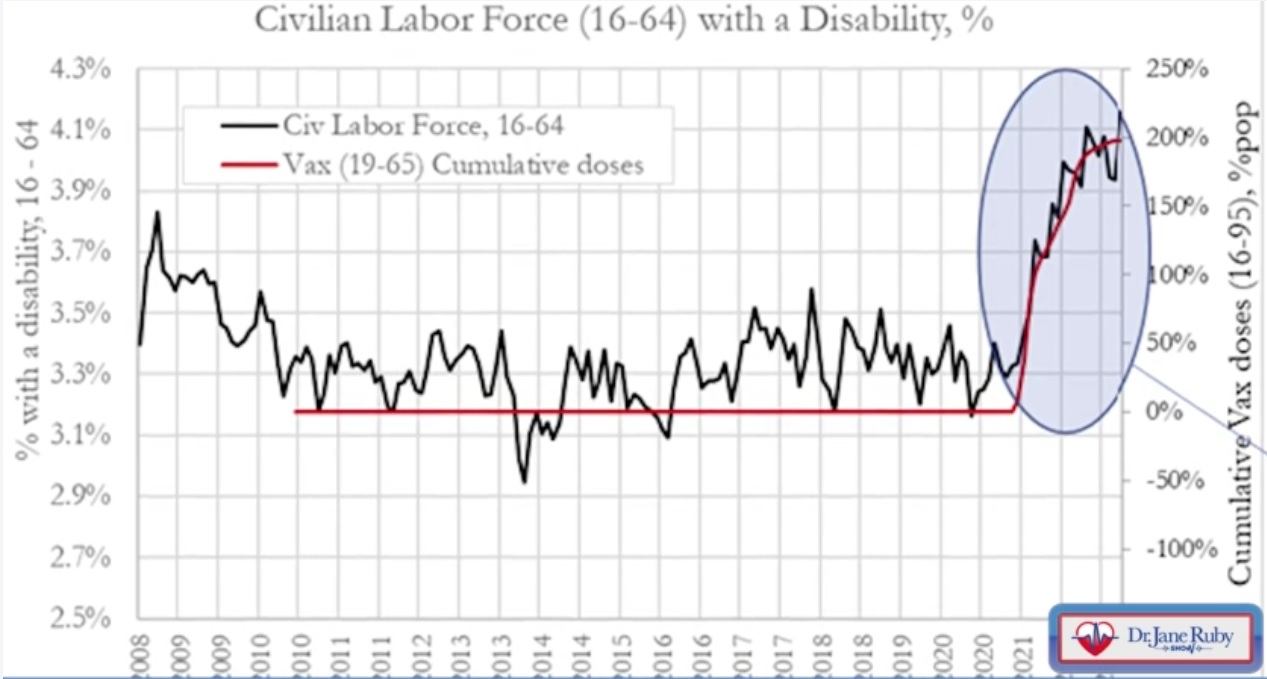 But starting with the rollouts of the COVID shots in 2021 and into 2022, those statistics have now flipped, and the young, healthy working class are dying at rates HIGHER than the general population.

He states that those working in the insurance companies are seeing the same data that he is seeing, but they don’t want to blame the excess deaths and disabilities on the COVID shots, because most of them also mandated the shots for their own employees.

Dowd is publishing his data now at PhinanceTechnologies.com and offering it free to the public.