As the days become weeks, the weeks become years and the years become not much more than dealing with insufferable arseholes whose prime directive in life is to lose whatever humanity they were born with and trade it in for droppings from Beelzebub’s ass and scatter those among all they come in contact with, we have this loss and his latest endeavor.

What are this guys credentials again?

A patent granted to Bill Gates awarded the self-appointed world health czar the “exclusive rights” to computerize human bodies and use them as local wireless networks.

The human body is a vibrating, throbbing, pulsing gateway of tubes and tunnels, filled with electrolytes and all capable of transmitting information, the lifeblood of the internet and the 21st century.

Now it has emerged that Gates’ Microsoft was granted “exclusive rights” to this ability of the body to act as a computer network.

If this sounds too much like science fiction, then you are welcome to check this out for yourself. Microsoft was awarded US Patent 6,754,472, which is titled: Method and apparatus for transmitting power and data using the human body.

Which really should be science fiction, if you stop to think about it. Did anybody consult you about whether you are willing to hand over to Bill Gates the exclusive rights to your body?

Civil liberties groups have expressed outrage over Gates’s move to patent the human body. “Body parts, in this case skin, should not be in any way patentable,” said Jim Thomas of the ETC group, which monitors developments in technology. “There are big questions here about whether individuals will be able to refuse this technology if it is used in, for example, tracking devices.”

Klaus Schwab’s right hand man, Yuval Noah Harari, says there is no question that individuals will have no say whatsoever about refusing this technology. According to Harari, “The designer of life will no longer be god, the WEF are going to be the designers of the future of life.”

While Harari is dropping some hints, Gates is remaining coy about what they plan to do to the human body, and more to the point, whose human bodies they plan to computerize.

The big question is whether Gates is planning to allow his human subjects a choice in the matter.

According to Robert F. Kennedy Jr, Gates has a “God-like willingness to experiment with the lives of lesser humans.”

Kennedy Jr. goes on to warn that Bill Gates has used his money to systematically purchase “powers exceeding, in some respects, those wielded by presidents” and is using these powers to experiment on human beings like “guinea pigs“.

“Gates’ strategy of buying WHO [World Health Organization] and purchasing control of US health officials like Tony Fauci & Deborah Birx” means the Microsoft co-founder can now “dictate global health policies affecting 7 billion people and to control the most intimate details of our lives,” said Kennedy Jr. on his Instagram page.

“Under his direction, the WHO is conducting global social and medical experimentation applying Gates’ religious faith that he can use technology (vaccines and GMO agriculture) and his deep understanding of computers to make him the savior to all of humanity. We are his guinea pigs.”

But if you think Bill Gates’ plans for humanity are disturbing, wait until you meet the people he is collaborating with.

The article is very much worth reading in full.  It ends thusly…

Bill Gates is a fan of experimenting on the human body, whether his human subjects have given their consent or otherwise, and Klaus Schwab considers bioengineering a key component of his Fourth Industrial Revolution.

Do not underestimate these people. They are mad, drunk on power, and they do not have our best interests at heart.

How much time is left before the gods barf out their displeasures with the shit show here on earth, with a stream of celestial upchuck that will once and for all end their grand and noble experiment gone horribly wrong?

Personally, I thought it should have occurred a long, long time ago. (just my opinion)

And we all know that the Babylon Bee is a satirical site…yes?

And yet….in this vaudeville, this nuthouse… the following satire piece is very believable.

Canadian Life Alert Just Euthanizes You When You Push The Button – via babylonbee.com 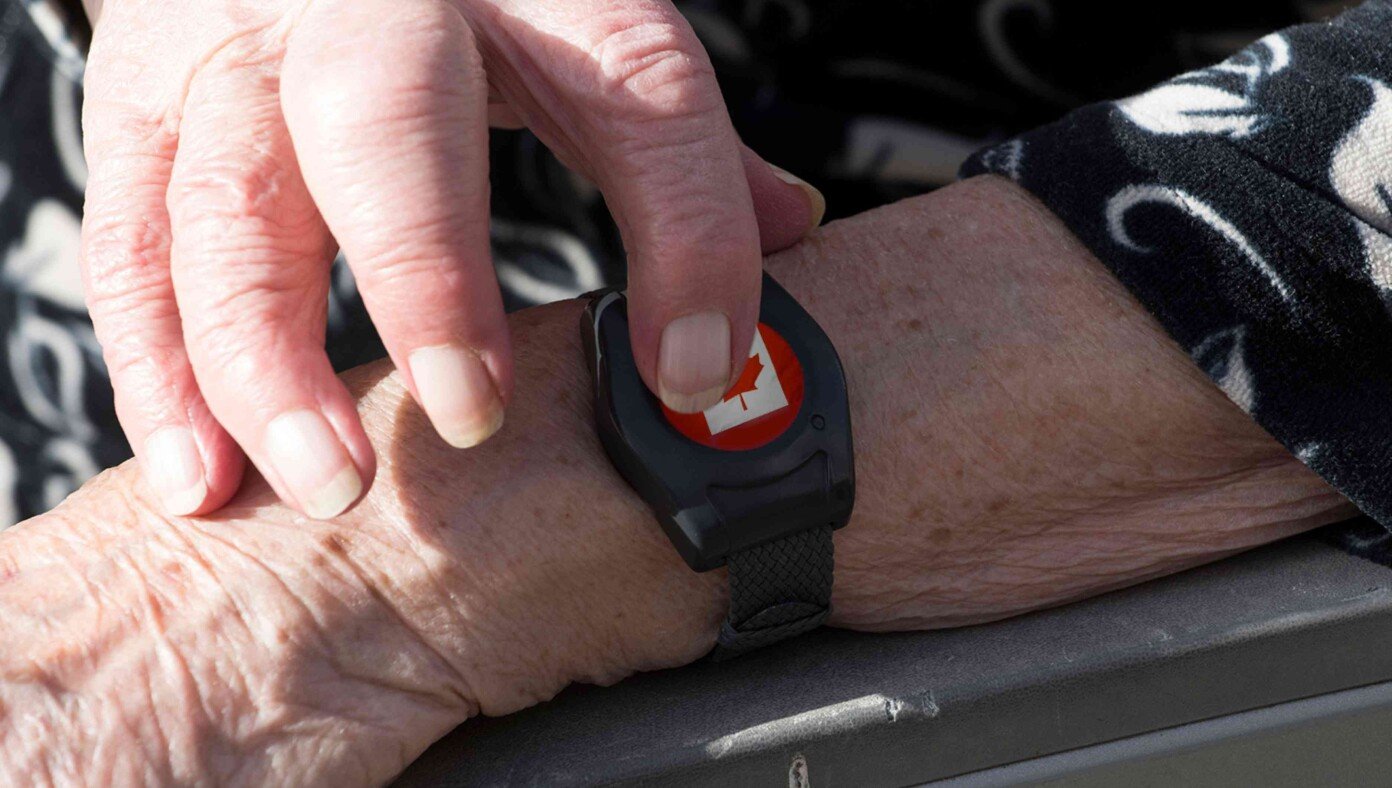 OTTAWA — The Canadian Medical System has officially rolled out its own “Life Alert” which provides immediate, medically-assisted death to geriatric patients who push the button.

“If you fall and can’t get up, now you can comfortably die right there!” said Dorian Michel, director of Canada’s Euthanasia Initiative. “This will save so much hassle with trying to help old people back up to their feet. I don’t know if you have ever tried to help an eighty-year-old off a bathroom floor, but it is a HUGE pain.”

According to sources, the Canadian team got the idea when an old man called for an ambulance and said he was hurting so badly, he wished he were dead. “That’s when we partnered with Life Alert systems – so a fallen geriatric in maximum pain could finish the job right then and there!” said Mr. Michel, loading cyanide into one of the systems. “Old people don’t want us to make such a fuss over them when they break their hips. Now, they can go straight from undignified fall to dignified death!”

At publishing time, investigators revealed that Roomba had agreed to start directing their units to trip old people in exchange for kickbacks from Life Alert.