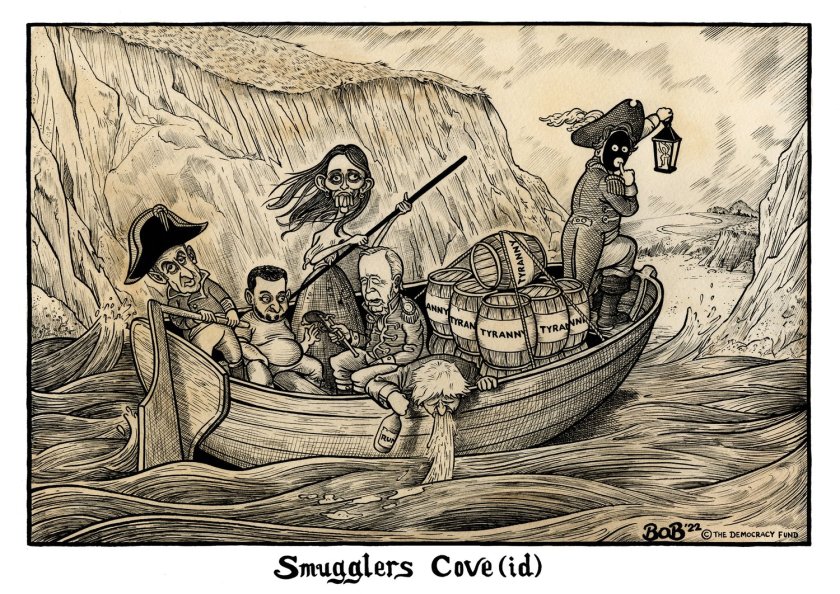 Inside the world of real-life vampires in New Orleans and Atlanta – via cnn.com

When Maven Lore was being fitted for his first set of fangs, a switch within him flipped on.

“Something just came to the surface and everything felt right for once in my life,” he said. “I had this notion that there was more to it than just pointy teeth.”

He didn’t know what to call the feeling at the time, or that it would lead him from New York to New Orleans, but he knows now that it was an “awakening”: His first taste of life as a vampire.

CNN continues on with this tale from the crypt:

Human vampires live, and they’re fairly far from the fictional creatures we recognize. Their interpretations of vampirism vary widely – many of them feed off of energy or sexual encounters – but feeding habits and fangs are just the trappings of a community that is as diverse as it is misunderstood by non-vampires. You may not even know they’re a vampire at all, at least not if you’re searching for the stereotypical tip-offs. There are no restrictions for self-identifying vampires – they’re not bound to nocturnal life or required to worship fictional vampires.

The vampires (sometimes spelled “vampyres”) of today are, in essence, people from different backgrounds with a common goal – belonging – who’ve found community with their fellow vampires. Living as a vampire is a subversive choice, a proud rejection of social norms. And in that way, it’s an empowering way to live, said John Edgar Browning, a professor of liberal arts at the Savannah College of Art and Design who’s spent years studying vampire communities in New Orleans and Buffalo, New York.

“Human vampires make accessible the infinite potential that exists for exposing and unfixing the repressive and oppressive categories out of which marginalization is born,” he told CNN. “So, in a way, these vampires are therapeutic for us.”  (full article)

Wow!  People must really care about this shyte if CNN is reporting about it…right?

David Knight has an interesting take.  We’ll let him finish off this frightening shitpost!

“God’s Final Message to His Creation:  We apologize for the inconvenience.” ― Douglas Adams, So Long, and Thanks for All the Fish