PARIS — Homeless vagrant Jean-Michel de Beauvoir won the coveted Palme d’Louvre award for Best in Fashion after stumbling onto the stage during Paris Fashion Week during a Balenciaga show.

“This is the greatest day of my life,” said de Beauvoir, as he was escorted away by security. “I always knew all this dumpster diving would pay off someday.”

Despite learning that de Beauvoir wasn’t actually a model, the judges stood by their decision. “This man dresses in a way that is ahead of his time,” said Vogue Editor-in-Chief Anna Wintour. “What he’s wearing is Balenciaga if I’ve ever seen it.”

“This is beauty. This is art. This is Yeezy,” said rapper and fashion mogul Kanye West, peering from behind two eye holes he had cut in the cardboard box he was wearing.

Not all in the industry were on board with the decision. Some critics argued that the award should be rescinded. “If this award stands,” said Balenciaga celebrity endorser Kim Kardashian, “people will continue to have the false belief that the fashion industry is filled with frauds who sell overpriced clothes that look like they came out of a dumpster! Also, now I have to scrap my entire next collection, which was going to be dumpster-chic.”

De Beauvoir is expected to walk in tomorrow’s Louis Vuitton show. His appearance is in question, however, as de Beauvoir is wanted in several robberies and kidnappings. 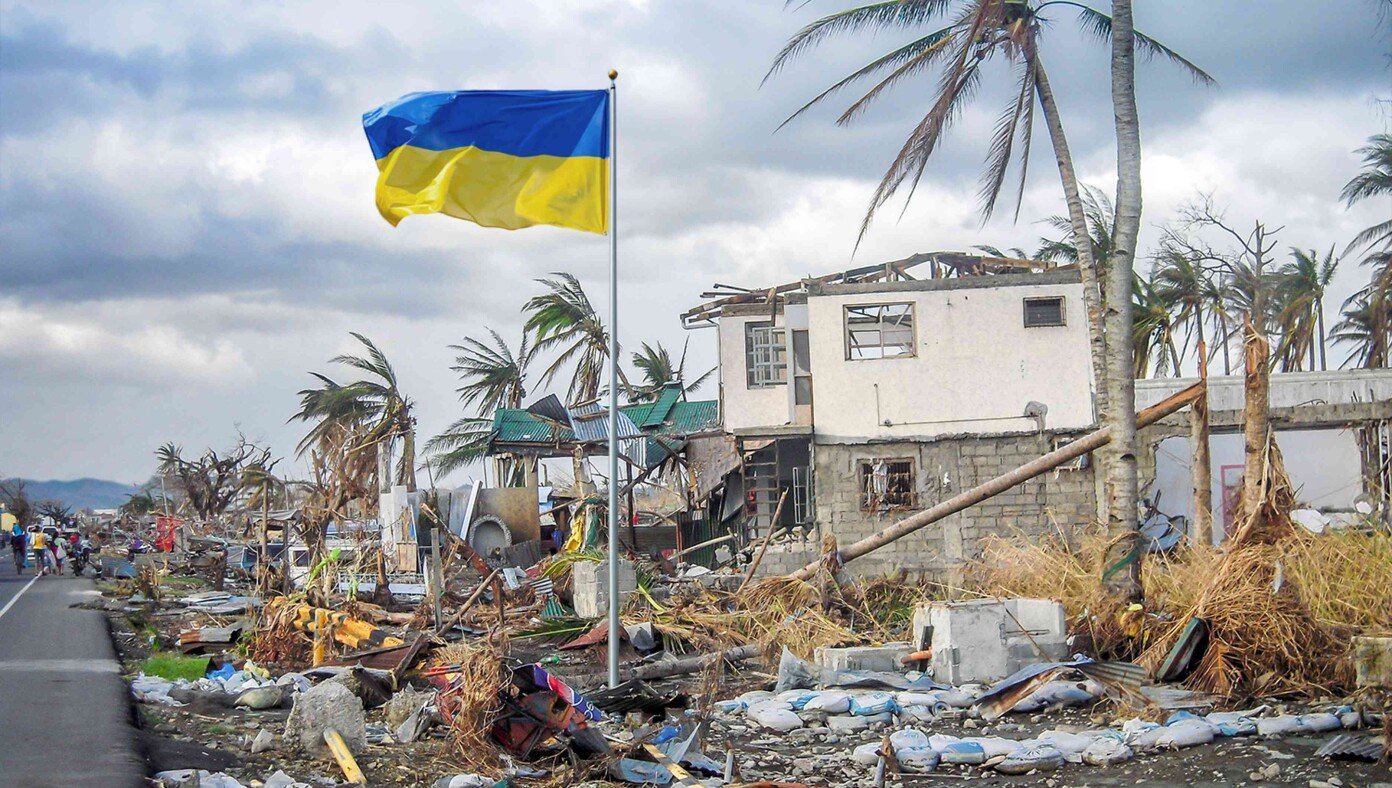 FT MYERS, FL — In a desperate attempt to get help for its citizens and deal with the growing humanitarian crisis in the area, a Florida town devastated by Hurricane Ian has taken the unusual step of raising the Ukrainian flag, hoping to convince Congress to send aid.

“The Ukrainian government flies this flag, and they’re just swimming in billions and billions of dollars in support from the United States. We’re just swimming in sewage,” said Ray Valdivia, the Response Coordinator working to assess the damage in the town. “We tried going through the normal channels to get help from the government, but Biden just sent us a letter of “best wishes” that looks like it may have been written in crayon.”

Though the situation across the Sunshine State has been critical since the hurricane blew through last week, Congress has maintained a keen focus on funneling astronomical amounts of taxpayer money overseas to pay the salaries of Ukrainian government officials and support American defense contractors’ war efforts against Russia.

“These requests coming in from Florida are small potatoes,” Nancy Pelosi slurred at her meeting with the press when asked about providing hurricane relief. “Sending money to Florida would not save the world from Russia or effectively launder the taxpayer money in any way.”

At publishing time, citizens of Ft. Myers were working on using fake Ukrainian accents and inviting Hollywood celebrities to visit their devastated towns, hoping to convince the ignorant actors that they were visiting war-torn Kyiv instead.