Big brain tactics are being employed by the government brainiacs, so cover your loins as genius activities of the highest order are on display:

The White House is telling American businesses “do not wait” to vaccinate employees, brushing aside a ruling by a federal court putting a hold on the OSHA mandate – and triggering calls to impeach President Joe Biden.

“People should not wait. They should continue to go — move forward and make sure that they’re getting their workplace vaccinated,” deputy White House press secretary Karine Jean-Pierre told reporters at a briefing on Monday, when asked about the pending case before the Fifth Circuit court of appeals.

The remark initially flew under the radar, until it was highlighted by CNBC on Monday evening. Within minutes, critics of the administration pointed out that ignoring court orders may well be grounds for impeaching the president.

But it’s not just government dickheads showing their hammer head status, it’s also corporate shysters letting the cat out of the bag:

But it’s all good…these demons’ concoctions are working out so well, yeah?

The Latest @OpenVAERS Data Has Been Published… pic.twitter.com/6qGQaCAOir

And the hellhole these fuckers have created for the unwashed, by coercing and propagandizing  the bejesus out of them to get injected with experimental goo for a virus that has a 99% recovery rate, if even infected – well, the depth of Lake Gehenna won’t be deep enough for these non-humans:

SO YOU WANT THE COVID BOOSTER, INFOWARS 2021 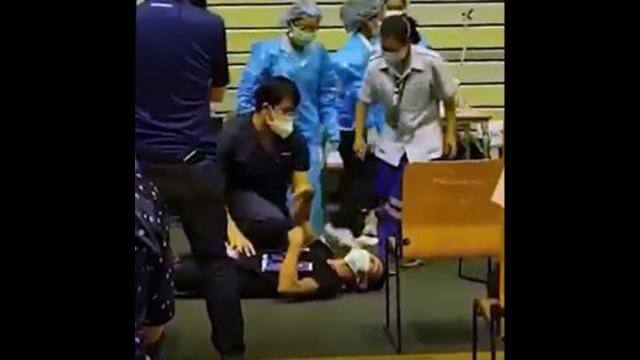 “A word to the wise is infuriating. ” ― Hunter S. Thompson