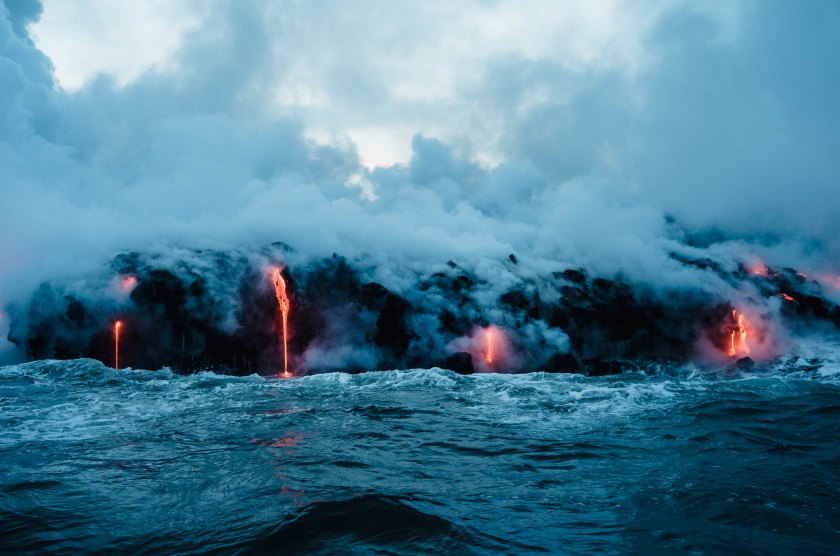 “The very concept of objective truth is fading out of the world. Lies will pass into history.” – George Orwell

And so it is as it always has been.

The elite, the deep state, the top 1% of the 1% – those who control the circus continue on, as they have throughout history, with their lies, distortions, propaganda, and almost more importantly, their omission of telling the truth. It is, as it always has been to their advantage to disinform, to provide the slight of hand, to echo known falsehoods over and over and over again until the public, at large, believes their horseshit.

Having recently faced health issues that are not uncommon as one gets older, if you truly care about your own personal health, enough that you don’t wholeheartedly swallow the latest lollipops of Western medicine offerings where they want to throw chemical wonders down your throat, or cut you open and take out what they deem to be the “offending” organ, vein, or appendage – you’re basically on your own if you dare to come up ways, treatments, natural health possibilities, herb or vitamin supplement therapies, or other therapies (Rife, Vitamin C therapy and many more therapies) that have nearly been nearly obliterated from the easy reach of the suffering.

As Sayer Ji argues, modern medicine relies on the erroneous notion that the human body is incapable of self-restoration. “Within our present dominant medical system, healing has not simply been forgotten but intentionally exorcized as it represents the antithesis of perpetual profitability which requires the incurability of the human body,” he states. – via naturalnews.com

During my recent sojourn into medical offices, examination rooms, testing facilities – the first thing they want to know is if you can pay.  What you may be suffering from takes a back seat to the first question presented to you of “how much cash do you have?” I’ve often wondered of late that if I simply said no, I’m bone dry and haven’t a cent to give you for your tests that will inevitably conclude that I need a “johnson rod” to be either replaced, extracted or added in order to make it to the upcoming Christmas season, how long would I be allowed to stay at their “healing” centers?  Not long, I’m sure.

Wading through the scant alternative health offerings on the world wide waste of those  seeking to bypass the allopathic notion they’ve been programmed to believe when it comes to curing what ails them, i.e., organ removal, health via needles, nirvana via chemicals – all provided by the modern day “healers” who haven’t a scent of knowledge when it comes to nutrition – the individual who, by the grace of God, or the dolphins in the seas, reject Western medicines’ vat of chemicals that cures nothing and merely prolongs sufferings that lead to the prescription of more chemical concoctions to offset the side affects of the poisons previously prescribed – it is the most nefarious of scams.

More, the value of good nutrition and herbal medicine have been obscured to the point where some professionals dismiss the idea that nutrition has curative qualities. Many “health” organizations admit that good nutrition and a healthy lifestyle can help prevent diseases like diabetes and heart disease — but virtually no one within the medical industry is willing to discuss that nutrition can help cure these conditions as well. – via naturalnews.com

Having studied the healing capabilities of herbs and natural treatments of ailments suffered by both myself and loved ones for years, I’ve become completely weary of any offering of Western medicine, and of the value of all that the earth has provided in order to heal that which has gone astray.  But if you don’t buy into Western medicine offerings of cutting, chemicals and concotions – they have little time for you. They do not heal, they certainly do not cure, and their bag full of pharmaceutical tricks is designed to keep you coming back for more, of which, of course, you will need to pay.

Big Pharma and their ilk have taken control of the wheel, so to speak — such to the degree that the FDA can arrest people for selling natural products. It’s truly a paradox: In many cases, Big Pharma’s drugs are nothing more than synthetic versions of plants, herbs, vitamins and minerals that science has confirmed are effective. Yet only one can be sold as “medicine.” Many banned medicinal plants, like cannabis and kratom, are being synthesized for profits by Big Pharma.

“I believe that it is only through the free, uncensored and democratic dissemination of health information that we can secure our health freedom and through speaking truth to power, expose the fraud which is strictly profit-driven pharmaceutically-based medicine,” Ji writes.

Ultimately, the pharma industry doesn’t want people to be healthy — they want people to give them their hard-earned money. Alongside their government cronies, the pharmaceutical industrial complex has taken over the world of medicine, and transformed it into a disease-peddling racket. And they’ve vilified real medicine along the way. – via naturalnews.com

Your great grandmother knew the value of simple baking soda, not just to clean but also to assist the body in detoxing, and more. Native Americans knew (and still know) the value of herbs to treat many an ailment.

But now, if you don’t want a body part removed or radiated or bombarded with chemicals in order to “heal”, you are an outcast, you are a leper, you are an unbeliever of the lies, the propaganda and omission of truth that is responsible for the state of insanity that much of the world faces – whether it be mental or physical health.

As I continue to do, consider studying the healing properties and miracles of what mother earth has provided to us all.  If you dig deep enough, you won’t be disappointed.

God, the gods, mother earth – whatever you may believe in – they didn’t set things up for you to be forever on the outside. You too can partake of the gods bounty to us all. It was created and given to ALL of us.

The “System” continues because of our tolerance of it.

“Throughout history, it has been the inaction of those who could have acted; the indifference of those who should have known better; the silence of the voice of justice when it mattered most; that has made it possible for evil to triumph.” ~ Haile Selassie

(Resist if you can (full screen enabled), the smile of the woman seen in the lower left hand corner of the video from about the 3:45 minute mark and on…or the smiles of Dudamel himself – these are the smiles of joy both received and given that makes us all delight in being human beings – the beauty of what we give and receive from another.)

Is this not what we were created to do – to give smiles, truth, happiness, joy, beauty and healing to others?