“The path to paradise begins in hell.” ― Dante Alighieri

Whether globalists, banksters, elites or any other garden variety of nut-jobs proclaiming their sanctity via media interviews, embarrassing award acceptance speeches or backlot meetings with Beelzebub himself – you can bet your last greenback that their road to earthly paradise IS the road less travelled compared to the average citizen.

Bernie Sanders (I-Vt.) says the trove of documents “shows how these billionaires and multinational corporations get richer by hiding their wealth and profits and avoid paying their fair share of taxes” – via commondreams.org

Apple, Bono and Queen Elizabeth II are just a few of the big names and companies revealed in the Paradise Papers leak to have shifted money across the globe to cut tax. – via Yahoo.com 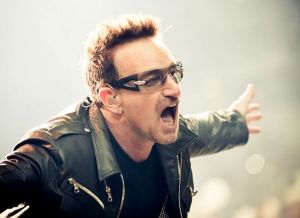 But don’t feel too sorry for them.  It’s not illegal.  And Jeremy Corbyn has suggested that the Queen should apologize if it is found her private estate has invested £10m of her personal fortune offshore to avoid paying tax in Britain.

Ah – a sigh of relief – that should take care of it.

A tap on the wrist during afternoon tea, having the “Edge” tell Bono to send along his regrets, or Apple laughing at the suckers ponying up $1K for Apple’s latest in tracking devices (and just an aside, evidently, your iPhone has been quietly keeping track of your “bra selfies”) – well, just a public relations “mea culpa” and everything is peachy.

Just don’t try doing this yourself.