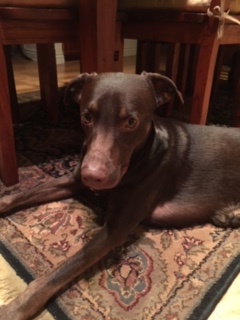 “I am at the moment writing a lengthy indictment against our century. When my brain begins to reel from my literary labors, I make an occasional cheese dip.”

So many geniuses…so little time for all of them. They come in so many forms and flavors that it’s nearly impossible to keep up which ones to give our undivided attention. Media geniuses, political geniuses, entertainment geniuses – those who tend to make the world so ugly – they’d prefer we bend the knee each and every day to them. But thankfully, at the asylum, we won’t. 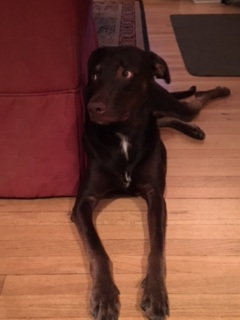 We watch, read and try to interpret the divine comedy each day, sometimes even getting involved in it when we’re required to venture out from the confines of the Asylum for dog treats. And if Henry had his way, that would be an everyday outing.

There are days, many times in a row, when I simply can’t or don’t want to write about the current insanity. I read a lot each day…enough to drive me to a more perplexed state of mind than I was born with. Eyes spinning, hand running through my hair, satirical laughs at the modern day lunacy – I simply can’t write anything that would have an alien, just by chance stumbling upon this meager little blog, to believe that the current state of affairs here are in fact, reality.

As Paul Craig Roberts said in a recent article:

Writing the truth is no way to succeed as an author. Only a small percentage of readers are interested in the truth. Most want their biases or brainwashing vindicated. They want to read what they already believe. It is comforting, reassuring. When their ignorance is confronted, they become angry. The way to be successful as a writer is to pick a group and give them what they want. There is always a market for romance novels and for histories that uphold a country’s myths. On the Internet successful sites are those that play to one ideology or another, to one emotion or the other, or to one interest group or another. The single rule for success is to confine truth to what the readership group you serve believes.

I used to believe in a lot of things that I now know are simply not true. Oh, when I held those beliefs, I was 100% certain they were spot on. Age, with maybe the tiniest bit of wisdom shows one what 100% certainty can really be worth…in a nutshell…guano.

But I continue to forge on…seeking the truth and writing about it as best I can. But when it becomes unbearably painful to continue to partake in the utter nonsense of the modern era, I retreat to the dogs!

Henry had his semi-annual check-up today.  He’s in perfect health for a dude only one and half years old. Henry is the happiest of creatures I’ve ever had the blessing of sharing part of this journey with. Nothing upsets him…and I mean, nothing  – he even wants to jump into my lap when I’m loudly humming along to whatever classical music selection is playing.  Yes, he’s that tolerant! 😉 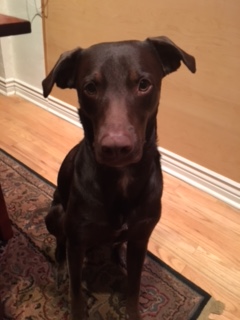 He provided “kisses” to the technician, kisses to the Vet, kisses to the receptionist the minute we walked into the Vet’s office. Back-side and tail was wagging so violently that he nearly knocked down the cans of food neatly arranged in the front office. He even gave a kiss to the technician as she gave him that pesky anal probe for a temperature reading. After the 5 second probe concluded, he just wanted to play and play and play. And such is his demeanor, his personality – 24/7. He’s just happy to be here, happy to be alive, happy to bring happiness to others.

As with all dogs I’ve had, I pay them as much attention as I possibly can. With Henry, the attention given always provides the dividend of a smile.  I am grateful, more than words can express for this creature showing me the way!

(or what I like to refer to as Henry’s theme)