Homeland Security Secretary John Kelly on Friday said the terror threat is worse than most realize, saying some people would “never leave the house” if they knew the truth.  theHill.com 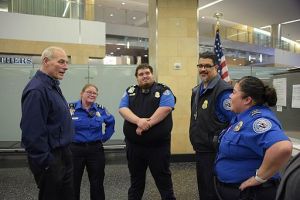 Of course, getting the truth from our government is akin to instantly identifying which part is malfunctioning when the “check engine” light comes on as you’re high-tailing it from an apartment complex dumpster where you just unloaded that broken toilet that’s been in your backyard all winter.

They can’t tell us anything but they damn well want us afraid and fearful.

There might be other events that Mr. Kelly failed to tell us about, e.g., disasters (both man-made and natural), health maladies, bee stings, bad hair days and personal hygiene issues to keep us inside, doors locked, curtains drawn – with our attention fixated on 24/7 government advisories scrolling at the bottom of the propaganda box – but he didn’t mention those.

Let’s check out a few of them anyway:

Compared to the threat posed by refugee terrorists, the typical American is:

Traveling about today in the metropolitan quagmire I live in, I can happily report that the roads were full, Americans were shopping, visiting with friends and relatives, stuffing their faces with hamburgers and hot dogs and texting other Americans with the minute-by-minute details of their day – unashamed and unafraid.

Now, if Mr. Kelly had told us that the DHS is a embarrassing failure, with funds spent on spa trips, federal guards untrained in weapons screening, incompetent cybersecurity practices and strategies, costing taxpayers $44 Billion for Fiscal Year 2017 , Americans might get all lathered up about that, right?