First, the not-so-lighthearted. A couple of interesting articles to read if you’re so inclined.  A bit lengthy, but worth the read, in my opinion.

Scientists world-wide Debate Discovery of Nanotech Found in Covid Jabs & Strange Structures found in Blood of the Vaccinated – via expose-news.com

And then to the good stuff.  Humor!  (Personal note here, not that it matters a bit, but hearing ‘Last Christmas’ by Wham! is for me, akin to nails on the chalkboard, running across someone who has zero ability to laugh at themselves, or the final sign that God indeed abandoned the human race long ago.) 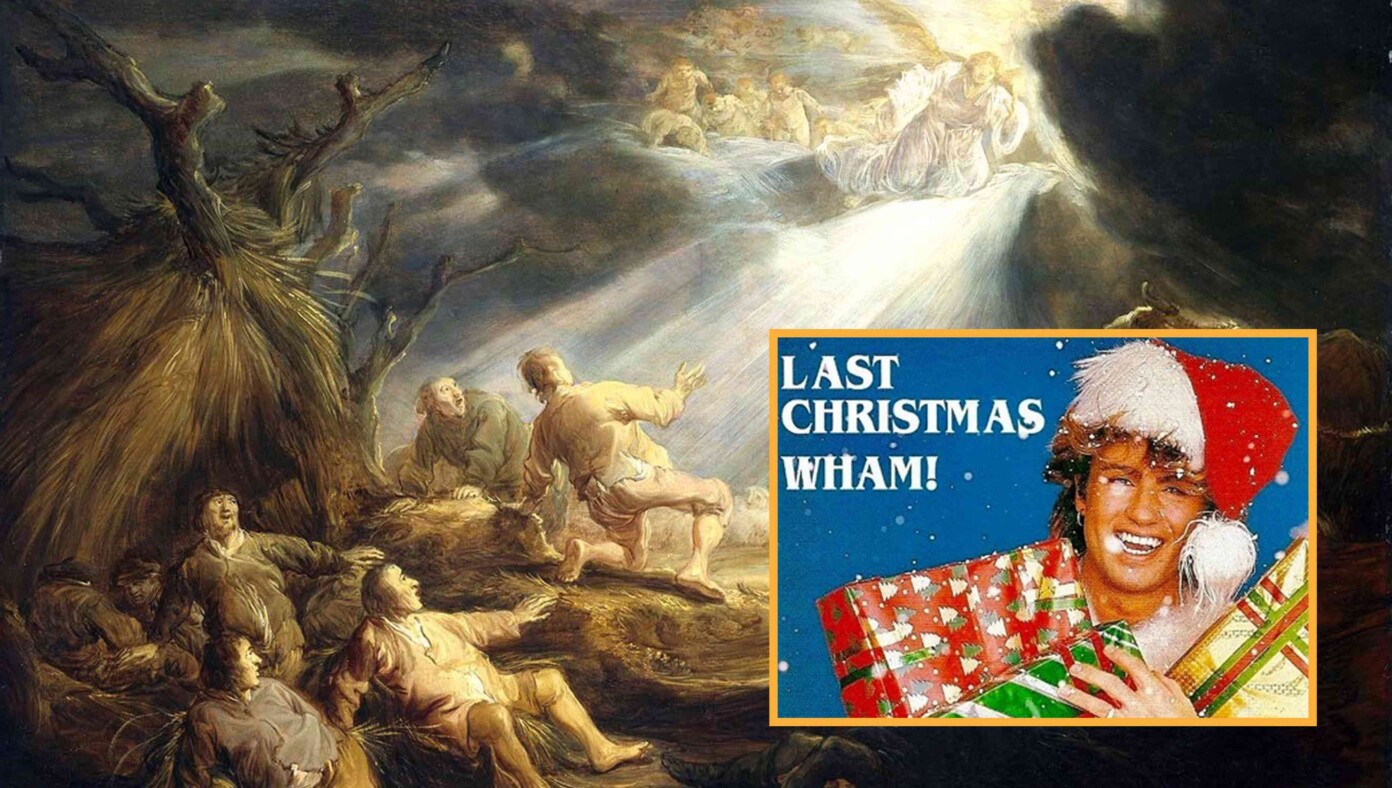 BETHLEHEM — What began as a joyous celebration quickly devolved into chaos and horror for some local shepherds after a multitude of the Heavenly host began singing “Last Christmas” by Wham! late last night.

The shepherds, who were out in the fields keeping watch over their flocks at night, were initially terrified by the sudden appearance of angels but were assured by the Heavenly messengers that they should not be afraid. Their relief was short-lived, however, as the angelic chorus broke out into singing following their announcement of the birth of the Messiah.

“We were initially overjoyed to hear about the coming of the Messiah into the world,” said shepherd Simon bar Yosef. “We were laughing and embracing each other in celebration. It was then that the music started.”

Other witnesses described the sheer terror that ensued as the opening bars of “Last Christmas” by Wham! began to play. “I understand the overwhelming urge to sing out joyfully under the circumstances,” said Yosef bar Simon, another shepherd at the scene, “but ‘Last Christmas’ by Wham! is simply objectionable. Really killed the mood, I think.”

As the angels continued to sing, shepherds and sheep alike scattered screaming into the Judean hillside in an attempt to escape. Reports of angels following the terrified shepherds while still singing were unconfirmed.

At publishing time, the word was spreading throughout Bethlehem to be on the lookout for further angelic musical harassment, as it was rumored that Heaven’s song list also includes “All I Want for Christmas Is You” by Mariah Carey and “The Chipmunk Song” by Alvin & The Chipmunks.