Congratulations, lolcow’s of Oxford!  You’ve taken another step toward being the bitches of Beelzebub, permanently.

The city of Oxford (UK) has embraced the concept of limiting citizens’ personal travel to fight climate change, an idea once dismissed as a conspiracy theory.

The city will be divided into six “15-minute neighborhoods,” containing all local necessities, with residents required to register their cars so their comings and goings can be tracked by a network of cameras. They are allowed unlimited movement in their own neighborhood, but in order to drive through the filters, they must apply for a permit.

Even then, they are only granted access to other neighborhoods for an average of two days per week. Those who exceed their travel allotment will be fined. – via rt.com

Thousands of residents have expressed concern about the project, which has previously been rejected under a different name – including 1,800 who signed a single petition over worries it would actually increase congestion. However campaign director for Oxfordshire Liveable Streets, Zuhura Plummer, claimed that the initiative would “save lives and make our city more pleasant now and for future generations,” citing an “official analysis” that projected 35% less traffic, 9% fewer road casualties, 15% faster bus times, and 91% less air pollution.

The city will also benefit financially, with any driver caught passing through a filter without an exemption or a permit being charged a £70 penalty (just over $85) per violation. Planners expect the city could make as much as £1.1 million per year from fines.

Too bad!  ‘Concern’ can only do so much. So, stiff upper lip, don’t you know!

Thank God the city will benefit financially.  We wouldn’t want to see them going without while they ream as many foots up the arse’s of people just trying to etch out a living.  It’s a goddamn emergency, after all.

But not to worry, everybody’s chance to be Beelzebub’s bitch is right around the corner.

Won’t this be fun?

Carbon trading is the economic platform to generate government income.  That income then drives the carbon control financial mechanisms that will be deployed to the people. At the end of the financial lane, we arrive at a world with Central Bank Digital Currencies (CBDCs). The digital money provides instant control over spending and carbon resource allocation.

For many years the carbon allowances for individuals were esoteric goals as presented by those who assemble at various global COP meetings, Davos and the World Economic Forum.  However, with rapid advances in the energy control process, a result of the pandemic and Build Back Better exit, the control officers are now quantifying the specifics for the individual citizen. [pdf Here]

In short, we are now getting down to the brass tacks.  Your resource allocation is part of the “consumption intervention” consideration, where the amount of carbon emission your consumption drives is what determines the goal for your future allocation. 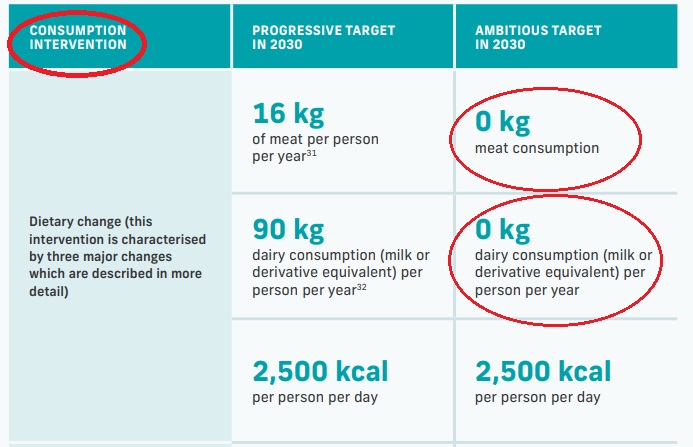 [From the Abstract] – There is a growing consensus, based on compelling evidence, that the world is facing a climate crisis and rapid action to reduce greenhouse gas emissions is a necessity. Historically, decision-makers and academics have discussed a range of options that can reduce our carbon footprint over the long-term. However, recent evidence demonstrates that choosing between one option and another is no longer compatible with rapid and significant emission reductions.

Increasingly, all options are required, and this involves multiple actors exploring how they can respond to the current climate crisis; including national government, cities, business and civil society. (read more)

As you can see above, the goal is to remove meat and dairy products completely.

In the next chart, you can see your allocation for “net clothing and textiles“:

You will be permitted 3 new clothing items each years. 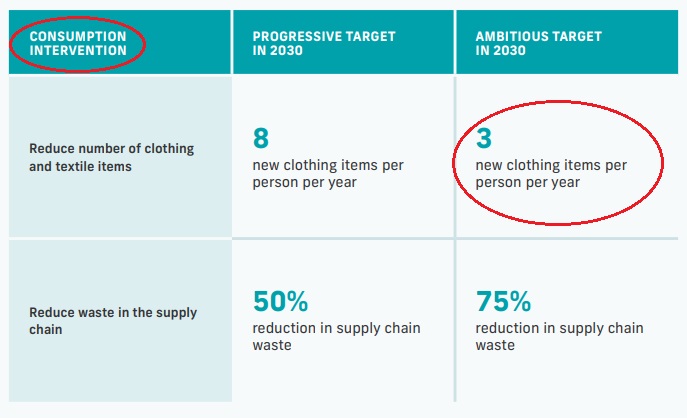 In the Transportation sector, the ambitious goal is to remove all private vehicles, and the target lifetime of vehicles is 50 years. 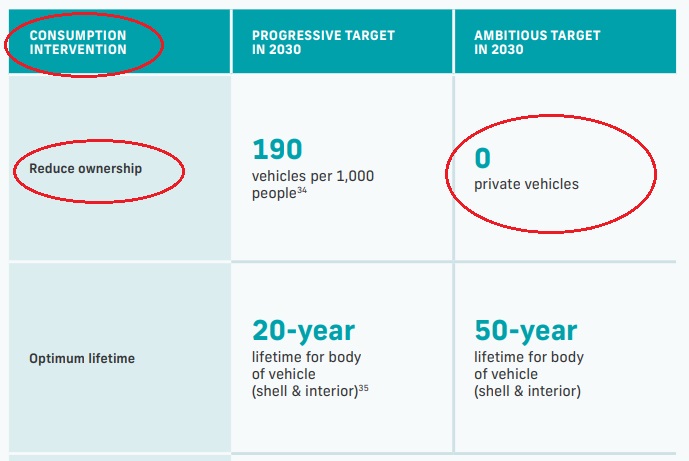 For airline travel, citizens will be permitted one flight less than 1,500km (930 miles) every three years. 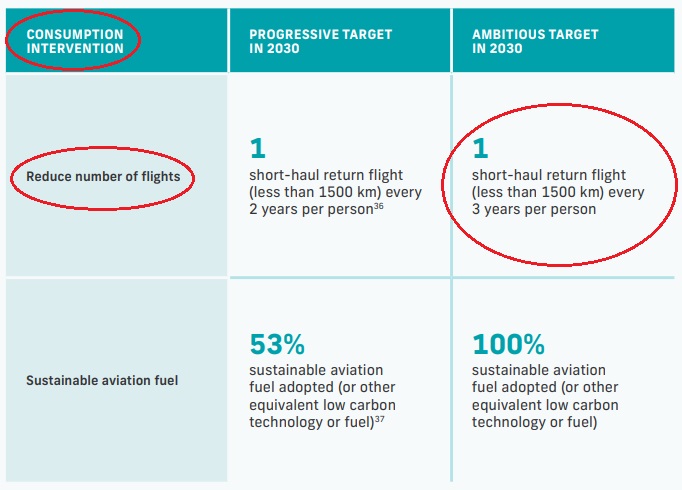 [Abstract] – “The wide range of action required to achieve a 1.5°C scenario leaves little room for delay or failure over the coming decade; other broad, supporting policies can provide a safety net by bringing about complimentary emission reductions. Examples of such policies are a wide deployment of carbon capture and storage (CCS), particularly in industries that emit direct emissions, and carbon pricing mechanisms that can underpin action across entire economies and markets. However, even deeper paradigmatic shifts may be relevant, such as adopting more useful measures of societal development than just economic growth. In practice, no one city or nation will follow the exact same emissions reduction pathway, but this report provides direction on the type, scale and timescale of policies that will need to be implemented (read more).

As mentioned in the beginning, these are the allocations we can expect to see in the future.

The enforcement mechanisms will likely vary depending on government power amid the various nations within the collective western society.  However, based on the successful results from the COVID passport beta tests, gateways and permissions, some form of digital currency will likely be part of the compliance process for the carbon allocation as outlined. 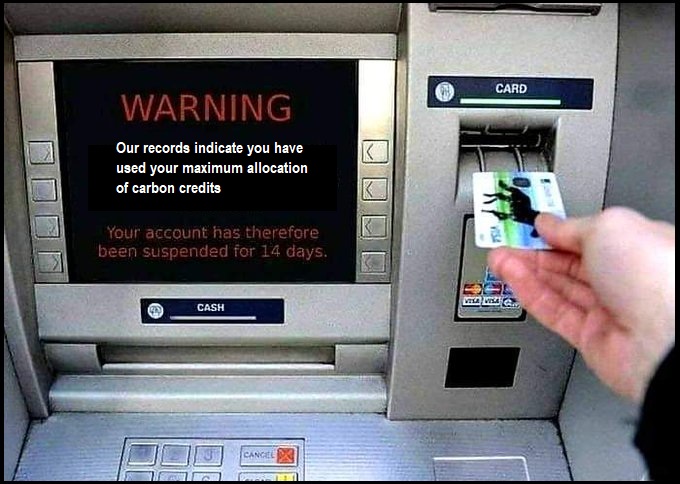 Photo by Joey Nicotra on Unsplash