“We are approaching that fateful day when it will be time to just turn out the lights on the American Dream than has turned into an American Nightmare. The attitudes in California, Oregon, and Washington State, are so foreign to those in the South, that they might as well be their own separate country. The time of separation is approaching, for that is the only way freedom to pursue your own happiness and live your life the way you want to instead of how someone else tells you you must comply with their ideas. Freedom will never be possible again. It pains me to be around on this planet when it is time to write the eulogy on the American Dream.” – Martin Armstrong – “The Time of Separation of the USA is Rapidly Approaching” – armstrongeconomics.com 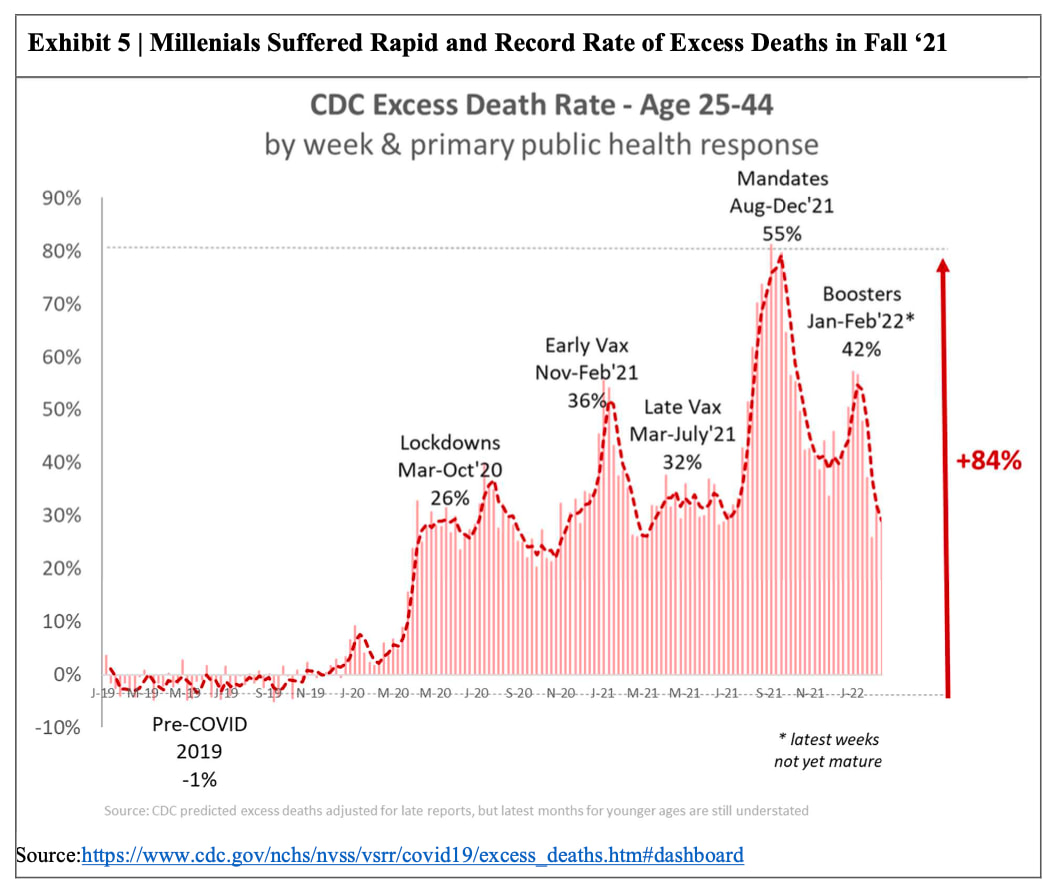 by The Epoch Times
Mirrored without Paywall Here

Edward Dowd, a former portfolio manager for BlackRock and the author of the upcoming book “‘Cause Unknown’: The Epidemic of Sudden Deaths in 2021 & 2022,” has been analyzing data related to all-cause mortality since March 2021.

Dowd is familiar with predicting trends and observing patterns, and became interested in studying CDC data after he heard many anecdotal accounts of vaccine injury. He found a monumental spike in sudden deaths occurring in the fall of 2021 to early 2022 in the working age cohort, which corresponded to the Biden administration’s vaccine mandates for federal and corporate employees.

“The age cohort from 25 to 44, which we call the millennials, experienced an 84 percent rise of excess mortality into the fall of 2021—August, September, October—and the rate of change was just dramatic,” Dowd told EpochTV’s American Thought Leaders program during an interview that premiered Sept. 6. That “represented about 61,000 Americans who perished from March 2021 to February 2022.”

To help Dowd better analyze the CDC data, a former top-ranked insurance analyst on Wall Street named Josh Sterling took the CDC data for all-cause mortality, which was not divided by age group, and separated the numbers by age cohort. He first created a baseline of normal death rates, from 2015 to 2019. Dowd said this was to get a more accurate picture of who died during the height of the vaccine mandates.

Billionaire Paranoia About “The Event”

They do NOT have it all figured out. They’re not even asking the right questions.