In the land of lollipops and candy canes, those addicted to the sugary poison must get their fix often, and if one has taxpayer money at their disposal, with distinction…

And once their tank is full, the couple of brain cells still functioning produces such imbecility, that even the demons in Gehenna howl with delight:

She made the comments in reference to a recently passed tax and spend bill called the “Inflation Reduction Act,” which is meant to take the place of the failed “Build Back Better” legislation.

“To lower prescription drug costs, to lower health care costs, to reduce the deficit and paid-for to lower inflation, to save the planet – and every single Republican in the House and in the Senate voted against it,” Pelosi said at a press conference Friday.

Oh dear!  The sauce does provide fantasies.  Maybe a more sober assessment is in order:

The so-called Inflation Reduction Act increases government spending. For example, the bill authorizes spending hundreds of billions of dollars on energy and fighting climate change. Much of this is subsidies for renewable energy — in other words green corporate welfare. Government programs subsidizing certain industries take resources out of the hands of investors and entrepreneurs, who allocate resources in accordance with the wants and needs of consumers, and give the resources to the government, where resources are allocated according to the agendas of politicians and bureaucrats. When government takes resources out of the market, it also disrupts the price system through which entrepreneurs, investors, workers, and consumers discover the true value of goods and services. Thus, “green energy” programs will lead to increased cronyism and waste.

The bill also extends the “temporary” increase in Obamacare subsidies passed as part of covid relief. This will further increase health care prices. Increasing prices is a strange way to eliminate price inflation. The only way to decrease health care costs without diminishing health care quality is by putting patients back in charge of the health care dollar.

The bill’s authors claim the legislation fights inflation by reducing the deficit via tax increases on the rich and a new 15 percent minimum corporate tax. Tax increases won’t reduce the deficit if, as is going to be the case, Congress continues increasing spending. Increasing taxes on “the rich” and corporations also reduces investments, slowing the economy and thus increasing demand for government programs. This leads to increasing government spending and debt. While there is never a good time to raise taxes, the absolute worst time for tax increases is when, as is the case today, the economy is both suffering from price inflation and, despite the gaslighting coming from the Biden administration and its apologists, is in a recession.

The bill also spends 80 billion dollars on the IRS. Supposedly this will help collect more revenue from “rich tax cheats.” While supporters of increasing the IRS’s ability to harass taxpayers claim their target is the rich, these new powers will actually be used against middle-class taxpayers and small businesses that cannot afford legions of tax accountants and attorneys and thus are likely to simply pay the agency whatever it demands.  – Rep. Ron Paul – via globalresearch.ca

And more from the saggy peat bog mummy…

I wonder if Mother Earth could decipher this following sludge of shyte:

In other news of imbeciles weighing in outside the assisted living facility where they should be under mental lockdown, we have this nugget:

Vatican renews Pope’s push for Covid vaccination as an ‘act of love’ in new video – via lifesitenews.com

“The pandemic opens our eyes to what is essential, what is truly important, and the need for us to be saved together,” the video continues, adding the Pope’s exhortation to “be together for, and never against.”

Meanwhile, back on planet Earth:

Could it be a tad more serious than getting the cornholio again after being vaxxed to the max?

Gov’t database reveals 10,000% increase in cancer reports due to Covid vaccines – via lifesitenews.com

(LifeSiteNews) – A researcher who queried the Centers for Disease Control’s (CDC) Vaccine Adverse Event Reporting System (VAERS) discovered a 10,661.4% increase in cancer reports as a result of experimental COVID-19 gene-base vaccines as compared with all FDA-approved vaccines over the last 30 years.

Brian Shilhavy, who is the editor of Health Impact News, traced his steps in the search providing links to documentation of his various findings.

Having first queried the cases of “the most common cancers [that] had been reported following COVID-19 vaccines,” he found “837 cases of cancer, including 88 deaths, 66 permanent disabilities, and 104 life threatening events (Source).”

He emphasized that even these numbers were not exhaustive, and the VAERS database could not handle the larger search of “ALL cancers listed in VAERS” under this category of COVID inoculations.

“Using the exact same search terms for cancer,” he wrote, “I then searched ALL FDA-approved vaccines for the previous 30 years and found only 140 cases of cancer reported (Source).”

“That result is for 360 months (30 years), whereas the 837 cases following the experimental COVID-19 vaccines were reported in just 20 months, since the roll out of the COVID-19 shots beginning in December of 2020,” Shilhavy wrote. 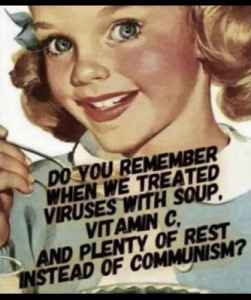