As the lolcow’s and apathetic’s look for their magical horseshoe to protect them from billionaire corporate talent offering up continual bullshit from their ten-cent minds, the gods of shitfuckery exchange hearty handshakes and slaps on the back that the unwashed continue to eat the excrement sandwich thrown their way each day.

All hail the corporate dickheads!

Yes, boys and girls, shit always flows downstream, causing many of the unwashed to hit the single malt collection early each day. It’s a win-win for the corporate assholes.

Lindsay Owens, executive director at the Groundwork Collaborative, argued in a statement that the new profit figures show that corporate America is successfully weathering inflationary pressures across the economy by pushing higher costs onto consumers — a tactic some CEOs have openly touted during recent calls with investors.

“CEOs can’t stop bragging on corporate earnings calls about jacking up prices on consumers to keep their profits soaring — and today’s annual profit data shows just how well their inflation strategy is working,” Owens said. “These megacorporations are cashing in and getting richer — and consumers are paying the price.”

But it’s been a war on the cornholio for the past two years. Thank the gods the megacorporations were allowed to stay open for business during the scamdemic, with small and medium-sized businesses offered up to the gods as sacrifice.

During a separate hearing Wednesday on President Joe Biden’s latest budget proposal, Sanders said that “to a significant degree, pathetically, large corporations are using the war in Ukraine and the pandemic as an excuse to raise prices significantly to make record-breaking profits.”

“This is taking place at the gas pump, at the grocery store, and virtually every other sector of the economy,” said the Vermont senator. “This is why we need a windfall profits tax, and why this committee will be holding a hearing on Tuesday of next week on the unprecedented level of corporate greed that is taking place in America today.”

Way to go, Bernie!  Where in the fuck have you been for the past two years? Let’s hold another worthless and non-productive hearing that will only produce yawns from the unwashed, while the corporate jackals are content knowing their mantra continues to produce gold for them. 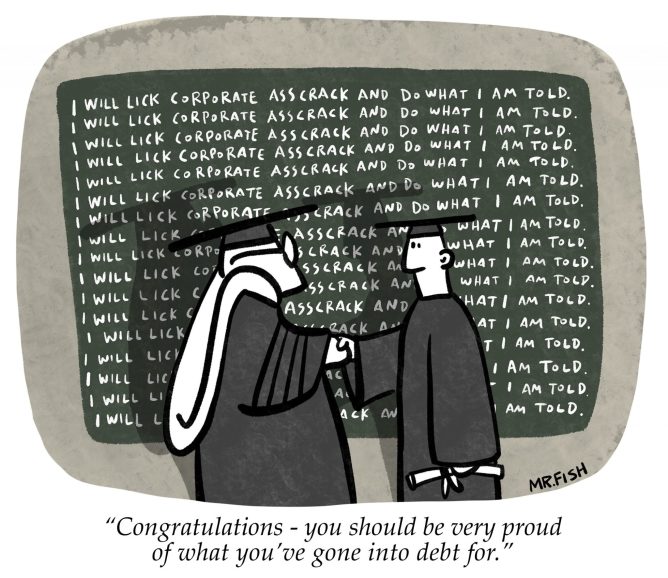 “It is impossible to imagine the universe run by a wise, just and omnipotent God, but it is quite easy to imagine it run by a board of gods. If such a board actually exists it operates precisely like the board of a corporation that is losing money.” ― H.L. Mencken