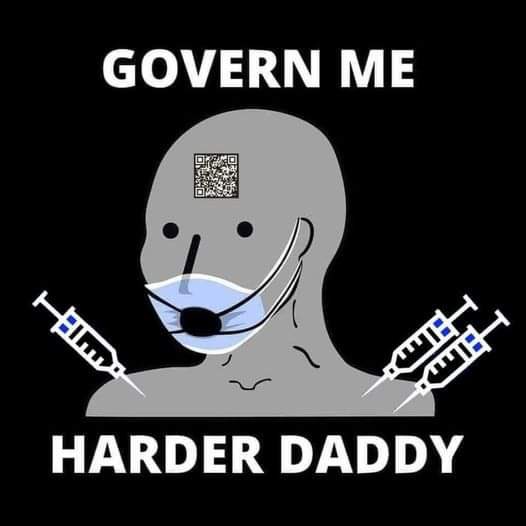 As the psychofucks tell the masses they should believe every word uttered by government and administrative assclowns because they telepathically communicate with Beelzebub each day, such pig shit isn’t enough to make the unwashed check out from their self-induced, hand-held radiation device addiction and pay attention.

Alas, as their gaze sets its’ sights upon their navels 24/7, rarely deviating from considering its’ stinky brilliance, more gigantic blunders from the assclowns go unnoticed:

WASHINGTON (LifeSiteNews) — The U.S. Food and Drug Administration (FDA) has restored a document to its website which reports that the rate of heart inflammation among young men after receiving the experimental COVID-19 jabs is far higher than previously understood.

The move comes after the 30-page document, which outlines the reasons the FDA granted full approval for Moderna’s “Spikevax” COVID-19 mRNA drugs on January 31, was abruptly removed from the agency’s website without explanation just hours after conservative news organization The Epoch Times reached out to the FDA for questions about the data.

Blunders, goofs, incompetence or just doing it on purpose, who knows. But there is some serious shit here:

(more from the article:)

Last week, The Epoch Times reported that the document which was temporarily pulled from the website contained concerning data regarding myocarditis and pericarditis (heart inflammation) rates in connection with the jabs.

The document also noted that the rates of heart inflammation among young men in connection with the shots were far higher than initially suggested based upon passive reporting to the U.S. government’s Vaccine Adverse Event Reporting System (VAERS). As of January 28, 2022, 31,185 cases of myocarditis or pericarditis have been reported to VAERS in connection with the COVID shots.

At least not like the Austrian government cares about its citizens:

This week, Austrian President Alexander Van der Bellen imposed new Covid restrictions that require all adults in the country to be fully vaccinated and boosted or risk being fined.

The new authoritarian law runs through January 31st, 2024, and will go into effect next month.

Beginning on March 15th, law enforcement authorities will begin checking people’s vaccine status by conducting random traffic stops, and spot checks, in order to find dissenters. Anyone caught violating the mandate can be fined “up to four times a year,” with the penalty increasing with each violation. An individual’s first offense will result in a €600 (~$687) fine and can go as high as €3,400 (~$3,890) by the fourth.

The new law also allows the Austrian government to create a dystopian vaccine registry that will record everyone who has been vaccinated and give those who have been found disobeying a date they must be vaccinated by, allowing the government to fine them repeatedly. via thegatewaypundit.com

And as Joe Biden farts, burps and snoozes his way through another day, at least he’s providing some answers on how him and his clan are going to start war with Russia.  After all, the unwashed need more BS to clutch pearls over.

A Reuters reporter asked Joe Biden how he plans to stop the Nord Stream 2 pipeline from being finished.

“If Russia invades, that means tanks or troops crossing the border of Ukraine again, then there will be no longer a Nord Stream 2. We will bring an end to it,” Biden said.

The Reuters reporter pressed Biden: “How will you do that exactly since the project, and control of the project is within Germany’s control?”

Biden had no answer.

“I promise you, we will be able to do that,” Biden said smirking. (via thegatewaypundit.com)

We have on the one hand a desperate need; hunger, sickness, and the dread of war. We have, on the other, the conception of something that might meet it: omnicompetent global technocracy. Are not these the ideal opportunity for enslavement? This is how it has entered before; a desperate need (real or apparent) in the one party, a power (real or apparent) to relieve it, in the other. In the ancient world individuals have sold themselves as slaves, in order to eat. So in society. Here is a witch-doctor who can save us from the sorcerers — a war-lord who can save us from the barbarians — a Church that can save us from Hell. Give them what they ask, give ourselves to them bound and blindfold, if only they will! Perhaps the terrible bargain will be made again. We cannot blame men for making it. We can hardly wish them not to. Yet we can hardly bear that they should. – C.S. Lewis – “Willing Slaves of the Welfare State” – from evolutionnews.org – (worth reading in full)

(though this is an old video (2007), it is, to my ear, the most outstanding performance of Tchaikovsky’s 4th Symphony I’ve ever heard.  Headphones on and volume cranked for maximum sensory enjoyment!)