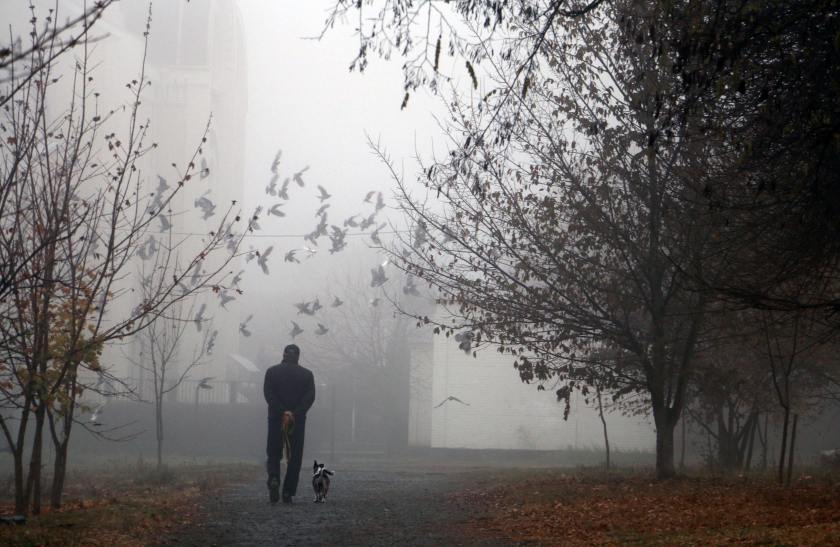 Or, it’s rare…and hardly ever happens.

In the land of ‘Kumbaya, my Lord’ – those following the latest dickedism from government and corporate hyena’s know, with a fervent heat in their loins, that all is right, safe, effective, with few side effects from the nirvana shot of chemical goo. How? Because shysters tell them so.

Those who don’t believe in injections of battery acid, well, at the very least, they’re conspiratorial nutjobs who should be shunned, ridiculed, banned from employment, placed under house arrest and denied food; or better still, they should be locked away, their assets taken, their families laid to waste.

No matter that shit treatment, and in the end, extermination of ‘undesirables’ has been tried many times before during the run of fucking up the gift from the gods of life and freedom by leaders who instill hatred of others who don’t buy their government line (think WWII), it is the new and enlightened age of intolerance and then annihilation of those who value liberty and bodily autonomy more than the collective imbeciles’ desire that all sell their soul to whatever profits these fuckers are advancing on any given day. (What a fucking word salad from this shit-posting writer…sorry!)

It’s good to burn the witches who might tell us the truth:

From 13 years! Long list of athletes who ‘suddenly’ died or were seriously ill – via report24.news

We took a long time for this research, selecting each case individually. Was there a noticeably high number of “sudden and unexpected” deaths in sport and top-class sport until mid-2021? No official can (and will not) explain a possible accumulation since the start of gene vaccinations. According to the possibly blackmailed and bribed media and politics, these are unfortunate coincidences – although already 13-year-olds with heart problems fall over on the square.

Over 75 Known Cases in the last 5 months:

We have compiled a list of the known cases over the past few months. It is most likely incomplete. It includes many dead – and some who developed severe heart problems but fortunately survived. Noticeable: the youngest on the list was only 13 years old, many entries concern people under 20 years of age. From the gut one could say that there is much evidence of a noticeable accumulation in 2021. But why are the authorities not interested, why are there always excuses instead of strict examinations, exact autopsies?It may be that all of these people passed out dead or seriously ill on the field for “normal” reasons. But we certainly do not know – and that is a criminal negligence of the rulers, whom we actually pay with billions in taxes to ensure that we have a good health system and that we only receive really safe and tested medication. Actually.

Not good enough…how about this:

If this is happening to this many well known people,

imagine how many are actually out there!

a long list of athletes who have all of a sudden experienced serious health issues, or have, sadly, died – all documented with links from mainstream media is included in the article.

But this all is just cool and normal, yeah?

And nothing screams health as bribing those 5 to 11 year olds who can’t get a drivers license, can’t buy booze or cigarettes, can’t even take an aspirin in the indoctrination educational centers they attend, yet can roll up their sleeves for an injection of big pharma’s experimental chemical goo…

Covid vaccinations for kids begin in California with toys and gifts – via marketwatch.com

SAN JOSE, Calif. — Scavenger hunts and blow-up animals greeted children at some of California’s vaccination sites Wednesday as children aged 5 to 11 got their first COVID-19 shots a day after the federal government approved kid-size doses of the vaccinations.

As part of an ambitious plan to offer coronavirus vaccinations to California’s 3.5 million children in that age group, the state intends to offer the vaccines at locations including school clinics, pharmacies, pediatrician offices and county sites, many of which will launch in the coming days. Health officials said they are expecting 1.2 million initial doses of the pediatric vaccine.

Thank the gods it’s all working out well for the youngsters:

Another recent death involves a 12-year-old girl (VAERS I.D. 1784945) who died from a respiratory tract hemorrhage 22 days after receiving her first dose of Pfizer’s vaccine.

“Of all tyrannies, a tyranny sincerely exercised for the good of its victims may be the most oppressive. It would be better to live under robber barons than under omnipotent moral busybodies. The robber baron’s cruelty may sometimes sleep, his cupidity may at some point be satiated; but those who torment us for our own good will torment us without end, for they do so with the approval of their own conscience. They may be more likely to go to Heaven yet at the same time likelier to make a Hell of earth. This very kindness stings with intolerable insult. To be ‘cured’ against one’s will and cured of states which we may not regard as disease, is to be put on a level of those who have not yet reached the age of reason or those who never will; to be classed with infants, imbeciles and domestic animals” – C.S. Lewis

Rachmaninoff: ‘Rhapsody on a Theme of Paganini’ – Anna Fedorova