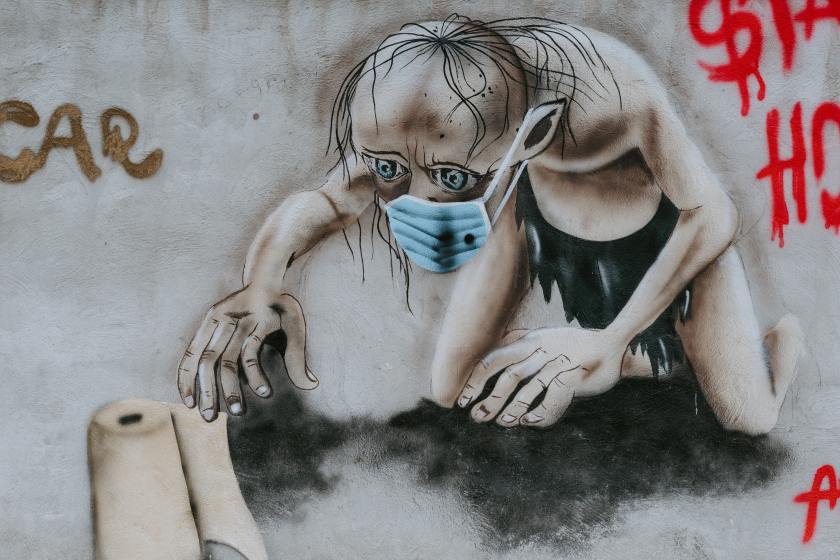 Only Vaccinated People Can Be Evacuated From Island to Escape Volcano, Says Prime Minister – by Jamie White – Infowars.com

St. Vincent Prime Minister Ralph Gonsalves declared that only vaccinated people can be evacuated from the Caribbean island following the eruption of a nearby volcano.

Gonsalves said in a press conference Saturday that only vaccinated people are eligible to board cruise ships volunteering to transport people to nearby islands for refuge. (read more)

Oh dear…what of the unclean, the unpoked, the unbelievers of the cornholio cult? What do we expect of them?

Yes, these are serious motherfuckers from Hell…as are all those who continue to carry the water for corporate dickheads and psychopaths. If you’re with them, God knows of the health issues you will suffer from their experimental medical bullshit in the future.  And if you’re not with them…you’re expected to hole away and die.

Inject your bodies with the vials of battery acid from these creeps, and rest assured, you’re A-OK.  Well, maybe for only six months…or maybe years. Who in the fuck knows according to these morons.

JACKSONVILLE, Fla. — If you’ve received the COVID-19 vaccine, odds are you probably have taken that selfie afterwards. How long are the shots good for, though?

“I would say the immunity lasts for at least six months,” Dr. Michael Koren, who heads up local Pfizer and Moderna COVID vaccine trials, said. “And there’s no sign that it’s [the efficacy] dropping off,” he said.

Koren and his staff have been following patients in those trials since last July.

“if the immunity was dropping off, you’d expect the six month effectiveness to be say maybe 80 percent or 70 percent,” he said.

“But, we’re really not seeing a big drop off,” Koren said.

He is talking specifically about Pfizer’s six month analysis that showed the vaccine was still 91.3 percent effective after six months.

“That is tremendous. It’s it’s more than we see for most vaccines,” Koren said. “It’s really, really exciting news. So, my suspicion is that the immunity will last for many, many, many more in months and possibly years,” Koren said.

How long is the COVID shot effective? The answer at 6 on @FCN2go

“These are very, very safe products. These are products that are saving lives. That has been proven at this point. Everybody should be clamoring to get their vaccine as soon as they can, and that’s the real take home message,” Koren said.

As far as if whether or not people will have to get the shot annually, Koren said there’s not enough data to tell yet.

According to Koren, we may know the answer in the next six months.

CDC Reports 2,794 Total Deaths Following Covid Experimental “Vaccines” as Some Clinics Halt J&J Shots due to Side Effects – via healthimpactnews.com

When did the vast majority of humans assume worm shit status and adhere to medical tyranny? Doesn’t matter…it is upon us.

Rachmaninoff: Rhapsody on a Theme of Paganini – Anna Fedorova