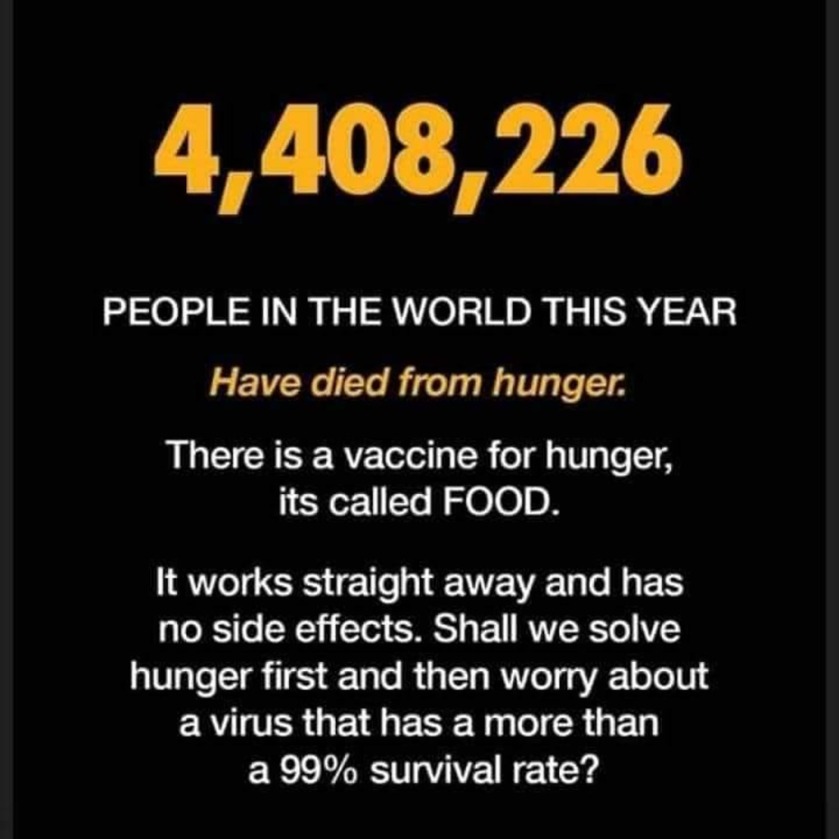 Oh dear!  The Italian donkey is at it again.

This fucker is 80 years old, is the highest paid U.S. federal government employee, just received a million ‘large’ from Israel, yet can’t seem to find the nearest assisted living facility to plant his scrawny backside, where the rabbits he pulls out of his ass will only be bouncing off the four walls surrounding him, and not seeping into the consciousness of the collective.

Fauci on Getting Back to Normal: ‘Depends on What You Mean by Normal’; ‘Somewhere Between the Fall and Winter – via breitbart.com

Depends, could be, we’re not sure, so many factors, so many things….come on – this is the shyster who looks like he’s continually melting whom we’re listening to?

Thursday on MSNBC’s “Andrea Mitchell Reports,” White House chief medical adviser Dr. Anthony Fauci weighed in on the United States “getting back to normal” following a battle with the coronavirus pandemic.

Fauci acknowledged there are “so many things in play” before predicting a return to normalcy. He added it “also depends on what you mean by normal,”

“It … depends on what you mean by ‘normal,’” Fauci told host Andrea Mitchell. “What does some form of normality mean? Well, obviously, we have very stringent public health measures in tune now. If you’re going to ask — what about getting back to a situation where you can have theaters that might be able to have below capacity, that restaurants, indoor dining can be happening, but with moderately diminished capacity? That’s going to be somewhere between the fall and the end of the year. If you say, ‘No, no, no, wait a minute. I really want to know when it’s going to get to as close to normal ha you almost don’t know the difference between what it was before, maybe you’re going to still have to wear masks.’ That likely will be, as the president said, by the end of the year, by Christmas.”

Wait! Let’s take a trip to the way back machine, where this lawn jockey uttered this shit:

“There’s no reason to be walking around with a mask,” infectious disease expert Dr. Anthony Fauci told 60 Minutes.

While masks may block some droplets, Fauci said, they do not provide the level of protection people think they do. Wearing a mask may also have unintended consequences: People who wear masks tend to touch their face more often to adjust them, which can spread germs from their hands.

But there is another risk to healthy people buying disposable masks as a precaution. The price of face masks is surging, and Prestige Ameritech, the nation’s largest surgical mask manufacturer, is now struggling to keep up with the increased demand.

“It could lead to a shortage of masks for the people who really need it,” Fauci said. via cbsnews.com

Remember when you were young, with bullies and bullshit artists surrounding you – scaring the bejesus out of you if you didn’t do or believe…what…they…told…you.

And now that you are a bit older, you might, from time to time, look back upon those days and think to yourself, how could I have gone along with such bullshit?

Fast forward to the present, and ask yourself the same question.

“And how we burned in the camps later, thinking: What would things have been like if every Security operative, when he went out at night to make an arrest, had been uncertain whether he would return alive and had to say good-bye to his family? Or if, during periods of mass arrests, as for example in Leningrad, when they arrested a quarter of the entire city, people had not simply sat there in their lairs, paling with terror at every bang of the downstairs door and at every step on the staircase, but had understood they had nothing left to lose and had boldly set up in the downstairs hall an ambush of half a dozen people with axes, hammers, pokers, or whatever else was at hand?… The Organs would very quickly have suffered a shortage of officers and transport and, notwithstanding all of Stalin’s thirst, the cursed machine would have ground to a halt! If…if…We didn’t love freedom enough. And even more – we had no awareness of the real situation…. We purely and simply deserved everything that happened afterward.” ― Aleksandr I. Solzhenitsyn , The Gulag Archipelago 1918–1956

All of which leads to the question…don’t we need the likes of  ‘the Jesus’?

The Traveling Wilburys – ‘End Of The Line ‘