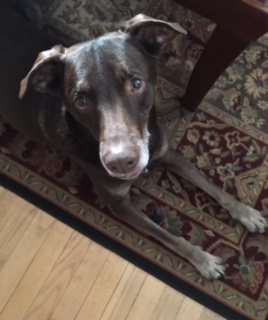 It’s capital offense in Gehenna for any future resident to question anything government and media dickheads spew forth here on terra firma.  It is an especially wretched offense if the lolcow’s not only question their bullshit de jour, but use what’s left of their brain for a bit of critical thinking.

Even catching just a whiff of the corporate media’s hysteria-riddled farts, one’s imagination is gifted with hospitals overflowing with cornholio patients, as the scamdemic continues to reach new highs each day.

Yet there’s this thing called the world wide waste, and with just a few keystrokes and clicks, one can crack that acorn in their head where critical thinking has been hiding away and shore up those swiss cheese holes.

And the source of reality is nothing other than the department of Health and Human Services here in the States that provides the horror of horror’s to those clutching their pearls and believing the mountains of bat guano fed to them each day, namely, that the hospitals are NOT filled to the brim:

The poke of battery acid is so important, that these assholes are nearly begging the unwashed to overcome their skepticism about a concoction of chemicals developed in a scant 10 months for a virus that has a survivability rate of 99%+ for those over 70 years old.

The director of the National Institutes of Health begged Americans to “hit the reset button” on their concerns over whether the COVID-19 vaccine, which was developed faster than any vaccine in the history of Western medicine, will be safe.

“I would like to plead to people who are listening to this this morning to really hit the reset button on whatever they think they knew about this vaccine that might cause them to be so skeptical,” Dr. Francis Collins told NBC News’ “Meet the Press.”

Collins also said that it’s unknown whether someone who’s had the vaccine could still acquire the virus and silently spread to others around them – saying that “it will take us a couple of months to figure that out,” and that people still need to mask up and social distance. (read more)

When someone is begging you to take their product, chances are it’s shit.

But we all have to be brave right now.

Having trouble interpreting what’s really going on in the world? JP Sears and his fellow ‘thinkers’ explain what the media would like you to think…

Of course you can always trust the media to lead the way to the promised land of truth. via zerohedge.com

“Every man is a creature of the age in which he lives and few are able to raise themselves above the ideas of the time.” ― Voltaire

THE 12 DAYS OF QUARANTINE – A Chris Mann Music Parody