“Democracy is the theory that the common people know what they want, and deserve to get it good and hard.” – H.L. Mencken

Everything is spectacle these days.

A horse race, a golf tournament, a car race…why, even a guy with orange hair tweeting out BS can be a spectacle…of the worst kind – in other words, blatant BS thrown out for insouciant Americans to suck up:

Donald J. Trump‏Verified account @realDonaldTrump
We can all agree that AMERICA is now #1. We are the ENVY of the WORLD — and the best is yet to come! 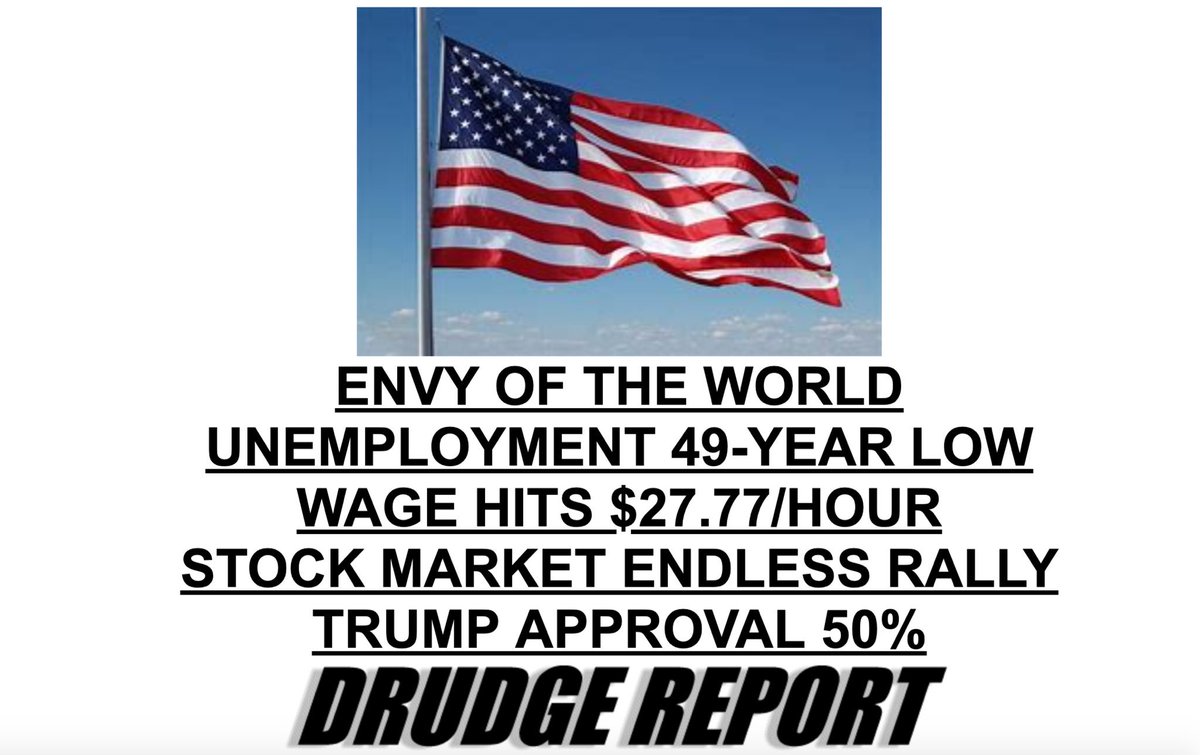 ***
Amy can tell us what this is:
Let’s dip in a bit more of the details of the f**kery of statistics given to us by Washington…whom we know ALWAYS tells us the truth:

#2 The number of mortgage applications has fallen for four weeks in a row.

#3 We just witnessed the largest crash in luxury home sales in about 9 years.

#4 Existing home sales have now fallen for 13 months in a row.

#5 In March, total residential construction spending was down 8.4 percent from a year ago.

#6 U.S. manufacturing output was down 1.1 percent during the first quarter of this year.

#7 Farm incomes are falling at the fastest pace since 2016.

#9 Apple iPhone sales are falling at a “record pace”.

#10 Facebook’s profits have declined for the first time since 2015.

#11 We just learned that CVS will be closing 46 stores.

#12 Office Depot has announced that they will be closing 50 locations.

#13 Overall, U.S. retailers have announced more than 6,000 store closings so far in 2019, and that means we have already surpassed the total for all of last year.

#14 A shocking new study has discovered that 137 million Americans have experienced “medical financial hardship in the past year”.

#15 Credit card charge-offs at U.S. banks have risen to the highest level in nearly 7 years

#16 Credit card delinquencies have risen to the highest level in almost 8 years.

#17 More than half a million Americans are homeless right now.

#18 Homelessness in New York City is the worst that it has ever been.

#19 Nearly 102 million Americans do not have a job right now.  That number is worse than it was at any point during the last recession.

But at least the stock market has been doing well, right? -By Michael Snyder, via activistpost.com

And none of the above includes the on-going wars on sovereign nations we continue to unleash or be a part of; it doesn’t include technological poisons in the form of 5G that this deranged a-hole wants to accelerate implementation of despite the hundreds of studies telling of the dangers of 5G to our health and the health of all living things; it doesn’t include that this liar loved Julian Assange during the campaign trail but now wants to extradite his ass back to the US for a show trail and jail, or worse.

None of these statistics or claims of glory of being the “envy of the world” include the geo-engineering of the weather (extremely important) that so many in the midwest, particularly, and other states like Texas and other southern states are suffering from.

None of these statistics include the BS from this degenerate moron that Americans have to get poked with a shot of chemical goo to “prevent” measles, even though this commander–in-chief of f**kery spoke of the dangers of Big Pharma’s chemical goo on the campaign trail.

Such a maximum a-hole.

How much more of the f**kery from these psychopathic a-holes will we continue to swallow?

“Since I entered politics, I have chiefly had men’s views confided to me privately. Some of the biggest men in the United States, in the field of commerce and manufacture, are afraid of something. They know that there is a power somewhere so organized, so subtle, so watchful, so interlocked, so complete, so pervasive, that they better not speak above their breath when they speak in condemnation of it.” – President Woodrow Wilson