The laughable proclamations from Washington’s degenerate a-holes; of how loving, how kind, how wonderful, how brilliant, empathetic, compassionate and any other virtue they never had a whiff off, are oozing from their pores, proclaiming they want to offer freedom to ‘oppressed people’ in a nation they’ve sanctioned into Hell, is another re-run from said degenerate a-holes, with their past demonic activities of laying to waste Libya, Iraq, Afghanistan and Syria in full view of anyone with an inquisitive mind and beating heart. Sadly,  Washington’s re-runs of death and destruction of innocents continue.

The slime of self-promoting a-holes, like Richard Branson, hyping some ‘live-aid-ish’ bullshittery for the people of Venezuela that has been dropped into the insouciant American mind via the bought and paid for corporate media is the stuff that produces projectile vomiting among the few of the living and breathing among us who murder to be a bad thing.

Fortunately, we have Roger Waters, formerly of the group “Pink Floyd”, giving us the truth of the matter:

The current demons leading the shit-show from America –  Trump, Bolton and Pompeo – the troika of f**kery, want us to listen to their shyte; want us to breathe deeply of the outhouse of insanity they dump on us each and every day – with the ignorant, the blissfully unaware of anything beyond a text from their homies bemoaning their latest unsatisfied conquest of the flesh – this is life among the everyday in this sick and twisted

But, believe it or not, there still are reporters, on the streets of Venezuela, giving those who give a rats ass about truth – providing the reality of how it really is:

Of course, Jesus and Mary and Joseph have nothing to do with the insanity of Washington’s murderers, dispensing their toxic dump on the world – with insouciant Americans celebrating their guano in the form of lapping up their latest insanity with their typical apathy.

Unleashing, and then celebrating murder and death seems to be in the DNA of Washington’s  psychopath’s:

Neocon favorite Marco Rubio let it be known what the US has in mind for Maduro. He tweeted out this on Sunday: – via globalresearch.ca 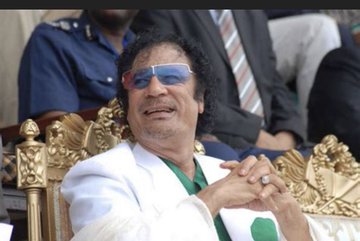 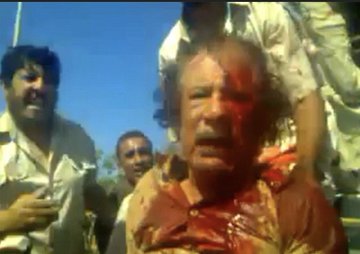 One might wonder what special place in Gehenna these psychopath’s might occupy once their time of casting death and destruction upon innocents is over… but who really knows.

If there is some type of Creator, some type of God, some type of committee of intelligent dolphins who started this circus, our question tonight, here at the Asylum is…how much more f**kery from these psychotic’s will be allowed?

Apparently, the answer is what we continue to allow. In other words. as much as we, the ordinary citizen, will put up with:

“War is a racket. It always has been… A few profit – and the many pay. But there is a way to stop it. You can’t end it by disarmament conferences. You can’t eliminate it by peace parleys at Geneva. Well-meaning but impractical groups can’t wipe it out by resolutions. It can be smashed effectively only by taking the profit out of war.”  –  Smedley Butler