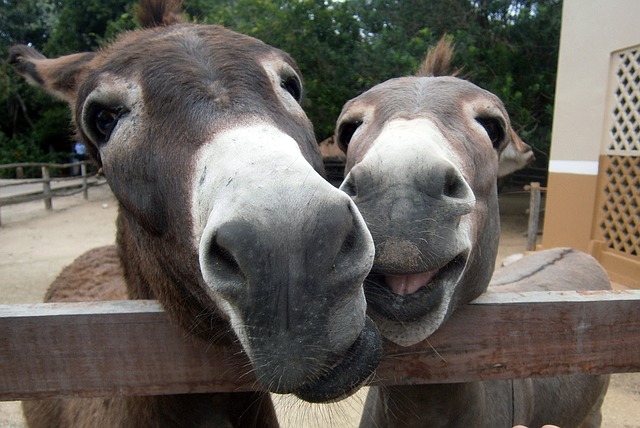 Just like Rip Van Winkle, coming out of his 20 year hiatus from life’s annoyances to learn that his wife has died, his son is grown and his beard is a foot long, US Senators woke up up a couple of days ago and were stunned to learn that Washington and their military jackals have sent 1,000 troops to Niger.

Gen. Joe Dunford presented this military operation as being targeted at an ISIS affiliate inside Niger, and the suggestion is that the 2001 Authorization for the Use of Military Force (AUMF) in Afghanistan is serving as the legal justification.

Perennial hawk Sen. Lindsey Graham (R-SC) expressed comfort with this, saying it is the military’s job to decide who the enemy is, and Congress could defund the war if they objected. This is both not the way US wars are supposed to be launched, and obviously a problem since Congress didn’t even know the war was going on. – via antimedia.com

So many Senatorial jackasses to choose from but South Carolina’s choicest dimwit, Senator Graham is at the top of the list. Another pointless war to facilitate a bigger military budget – comforting, indeed – for Raytheon stockholders we assume.

But this is hardly the first time the senator let loose a few of his remaining gray cell gems that made their way from his brain to his lips, clutching his pearls with gleeful realization that he’s never had a coherent thought, let alone a compassionate one.  Consider these wonders:

“Free speech is a great idea, but we’re in a war.” via Real Clear Politics.

“We need to raise taxes to get our nation out of debt.” via Face the Nation.

“I’m going to vote with my party. I just think oil subsidies have to be part of a bigger package.” via The Political Guide

Maybe darts thrown at Middle East or African maps are utilized by military intelligence to decide who to invade next.

In other news that has shocked the government to its core, a new study by the Government Accountability Office (GAO) found that millions of families with a worker earning the federal minimum of $7.25 or just above it are living in poverty. Who would have thought?

But this is the American way, right. Turkey, spuds and unlimited gravy for the bosses and a can of pumpkin puree for the workers.  Since 1978, CEO pay has soared by a scant 938% while the wages for the average worker have barely budged in decades.  $7.25 an hour!  What’s wrong with that in the land of opportunity.  Pull yourself up by your bootstraps and go make something of yourself. Or rather, go make the CEO a gourmet burger with lettuce, tomato, gruyere, onion sliced by a sushi chef, bacon, with grass fed beaf on a brioche bun served with potatoes sliced to perfection by said sushi chef and fried in duck fat to the perfect temperature of 325 degrees…and don’t forget the kombucha over ice with a splash of mineral water and a slice of lime.  Off with yourself, son, and be lively.

Having spent 30+ years working at various corporations, I can attest that it should be the CEO’s making the burgers. During that time, I ran across 2 people with the rank of Manager or above who were extraordinary managers.  The rest of the 100 or more of management folks I encountered should have been relegated to playing dominoes with each other, or themselves.

It is delusion that all men and women are capable of reason. If all were, we wouldn’t be graced with the likes of Senator Graham and the thousands of other sub-mediocrities in government who casually send sons and daughters off to die in some far away land we have no business being in; and as for those running corporations into the ground and profiting millions from it, they make the drudgery that is mostly life even more so – and could give a shyte that they do.

As H.L. Mencken wrote: “Happiness, like heath, is probably also only a passing accident.” Throughout the ages, the irritating upper crust, the elected idiot, the managerial dimwits of each age have brought their particular stench to the proceedings of the grand comedy, taking the few cumulative accidental moments of happiness the ordinary citizen might experience during a lifetime and turning them into the one extraordinary nightmare.

One of the few saving graces is that we all have each other. We want, for the most part, to help one another. Each of us individually has their own tragedies, struggles, health issues, economic challenges that have to be dealt with. And in so doing, we recognize how nearly impossible it is to do it all by ourselves. And so, we reach out to friends and family, and sometimes even strangers who are in need and offer our help. If we keep saying “no” to their wars, “no” to their shenanigans, their duplicity, perhaps the jackasses can be put away in the barns. Perhaps… and if that day ever comes, the following music will depict how we feel!

(Used in the movie, 2001: A Space Odyssey  – Headphones on, full volume and full screen for those wanting maximum sensory enjoyment)