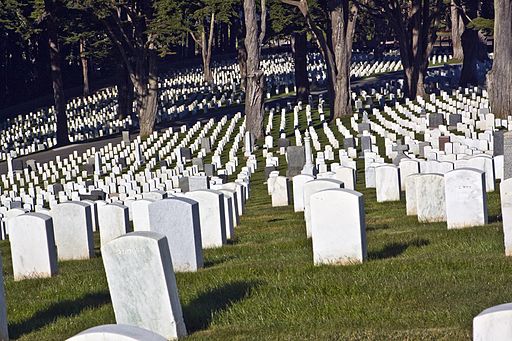 Who knows why something like this hasn’t been thought of before but at least it has now.

You want to stop war – stop funding and arming the lovely chaps bringing it.  That’s just what House bill H.R. 608 – Stop Arming Terrorists Act and Senate version of the bill does.

One of the few elected Democratic lawmakers with an extensive anti-war record, Rep. Tulsi Gabbard (D-Hawaii), has combined forces with Sen. Rand Paul (R-Kentucky) to push legislation through both the House and the Senate that would bar federal agencies from using taxpayer-backed funds to provide weapons, training, intelligence, or any other type of support to terrorist cells such as al-Qaeda, ISIS, or any other group that is associated with them in any way. The Stop Arming Terrorists Act is so unique that it’s also the only bill of its kind that would also bar the government from funneling money and weapons through other countries that support (directly or indirectly) terrorists such as Saudi Arabia. – theantimedia.org

Something so simple and so straight forward should garner 100% acceptance, right?

Why oh why the non-approval and negative waves toward something so beneficial and positive for all?

Quite simple, actually.  With a corrupted legislative body, where cash is dangling out of every pocket of lobbyists and the military industrial companies they represent who are making trillions off these wars, easy to see why the war on terror will be never ending.

President Eisenhower, in his farewell speech in January, 1961, warned that “an immense military establishment and a large arms industry” had taken root and that Americans “must not fail to comprehend its grave implications”.

We are, as well as other nations, experiencing the “grave implications” of what President Eisenhower warned.

Since the 9/11 attacks, $3.2 Trillion have been spent on America’s wars. Obviously, the money is going somewhere.

Boeing, Lockheed Martin, and even IBM, among others, companies that invest heavily in weapons, cyber security systems, and other technologies that are widely used in times of war would stand to lose a lot — if not everything — if all of a sudden, the United States chose to become a nation that stands for peace and free market principles. ~ theantimedia.org

Over 5,000 US soldiers have lost their lives since 9/11.  And a conservative estimate of the lives lost worldwide as a result of the war on terror is 1.3 Million.

That only 2% of U.S. politicians have signed on to these bills speak volumes more than can be written about here.

Former CIA official John Stockwell wrote: “It is the function of the CIA to keep the world unstable, and to propagandize and teach the American people to hate, so we will let the Establishment spend any amount of money on arms.” The hatred and distrust of Russia that the West is currently being force-fed reflects Stockwell’s revelation, as does the orchestrated hatred and distrust of Muslims that has supported Washington’s destruction in whole or part of seven countries and trillions of dollars in new US war debt.

How long before we, the people, stand up en masse and say enough with the wars, enough with the wasting of resources when our poor, our sick, mentally ill and homeless wage a daily battle just to survive, while our military budget for for 2017 is $582.7 Billion.

Enough lives have been laid to waste because of a government only accountable to the wealthy, to the deranged and to evil.

To locate your House Representative:  www.house.gov

To locate your Senate Representative:  www.senate.gov