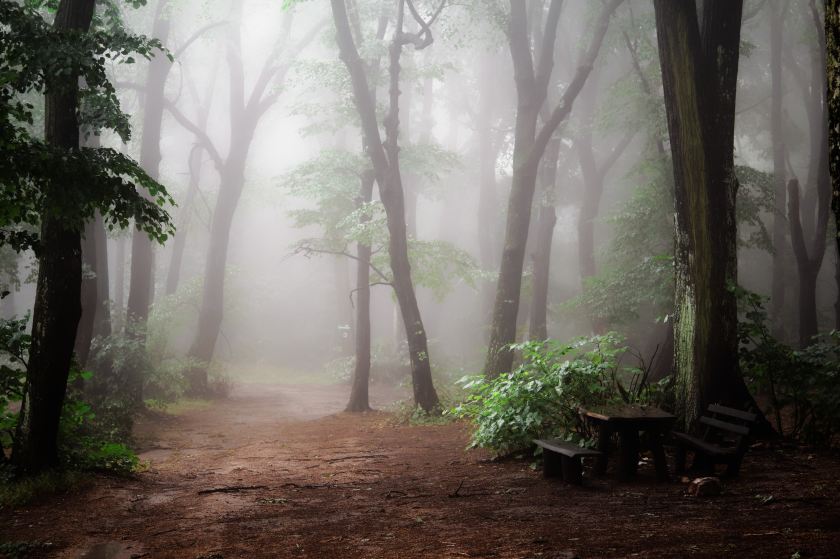 “Everything’s fine today, that is our illusion. ” ― Voltaire

Walking through the neighborhood I grew up in yesterday – an old, established neighborhood in the city, where the median price of a home will only set you back some $700k, the Autumn day was perfect, everything was fine.

70 degrees, no geo-engineering of the weather spewing from planes above, a beautiful blue sky was present and everything was fine.

Sadly, no yellow leaves this early Autumn – just brown leaves on the trees as a result of the drop of temperature from 82 degrees on Wednesday last week, to a low of 13 degrees the very next day (cool and normal).

Where does such f**kery come from?

The US Air Force has the capability of manipulating climate either for testing purposes or for outright military-intelligence use.  These capabilities extend to the triggering of floods, hurricanes, droughts and earthquakes. In recent years, large amounts of money have been allocated by the US Department of Defense to further developing and perfecting these capabilities.

Weather modification will become a part of domestic and international security and could be done unilaterally… It could have offensive and defensive applications and even be used for deterrence  purposes. The ability to generate precipitation, fog, and storms on earth or to modify space weather, … and the production of artificial weather all are a part of an integrated set of technologies which can provide substantial increase in US, or degraded capability in an adversary, to achieve global awareness, reach, and power. (US Air Force, emphasis added. Air University of the US Air Force, AF 2025 Final Report,

But one doesn’t, or shouldn’t need to read a report from the US Air Force to understand the f**kery we are being subjected – one only has to stop, look around and observe – something most insouciant Americans can’t be bothered with these days.

Climatic Manipulation by the US Military: The HAARP Program

The High-Frequency Active Auroral Research Program (HAARP) based in Gokona, Alaska, has been in existence since 1992. It is part of a new generation of sophisticated weaponry under the US Strategic Defense Initiative (SDI). Operated by the Air Force Research Laboratory’s Space Vehicles Directorate, HAARP constitutes a system of powerful antennas capable of creating “controlled local modifications of the ionosphere” [upper layer of the atmosphere]:

“[HAARP will be used] to induce a small, localized change in ionospheric temperature so that resulting physical reactions can be studied by other instruments located either at or close to the HAARP site”. (HAARP website)

Nicholas Begich –actively involved in the public campaign against HAARP– describes HAARP as: “A super-powerful radiowave-beaming technology that lifts areas of the ionosphere  by focusing a beam and heating those areas. Electromagnetic waves then bounce back onto earth and penetrate everything — living and dead.”

And so, it was more than a bit of the bizarre, as I walked in the neighborhood I grew up in – where, way back when, innocence of youth was protected, where a bit of common sense prevailed – where Autumns’ weren’t a bunch of dead, brown leaves upon trees… to look upon an evergreen painted metal tower of 5G fuckery, firmly implanted upon a lawn of a home, that I, as a kid, use to romp upon – has now been transformed into a landscape of illness, of sickness, of disease and death…and with hardly a protest thereof.

And as we hold the hands of those we love, we look at this shit the government and  corporate demons present to us, sadly, unaware that what they provide, is the vine of poison for us, and for the hands of the loved ones we hold.

“What can be more absurd than choosing to carry a burden that one really wants to throw to the ground? To detest, and yet to strive to preserve our existence? To caress the serpent that devours us and hug him close to our bosoms till he has gnawed into our hearts?”― Voltaire, Candide

“One Toke Over the Line” – Brewer & Shipley

Photo by Goran Vučićević on Unsplash