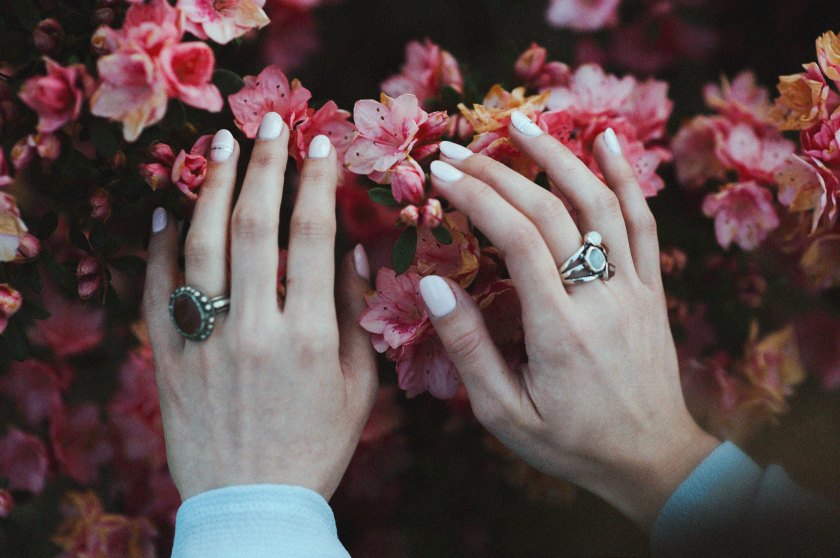 It’s doubtful she knew she was a blessed spirit.  But she was.

In December, 1973, I found myself laying on a hospital bed – again. It was the 3rd or 4th hospital visit that year (I still can’t remember for sure).  Another painful bout with pancreatitis.

Back in 1973, one could stay at a hospital for more than a day.  Amazing, eh!  During that year I had racked up an unhealthy 25 days of hospital stays.  Tests run, stomach pumped, more tests, lots of medical questions with no answers.

The doctors had narrowed down the causes of my pancreatitis to either a thyroid or para-thyroid issue. They weren’t sure which, and were coming to the conclusion that the only way to find out for sure was to do exploratory surgery.

Those who have spent time as a patient, or as a visitor of friend or family member at a hospital in December around Christmas can attest that it is a pretty empty facility at that time of year.

When I checked into the ER in the early morning on December 23rd, and once the chaotic stomach pumping was done and the ER staff managed to get my stomach isues settled down, I was told I’d be admitted for another hospital stay, and that lucky me, I would be one of only a couple of patients on the south side of the 5th floor of the hospital.  My only thought was: please get me to my room, and when will I be able to have ice cream.

Late evening had come.  It was extremely quiet.  Family and friends had gone home for well deserved rest.  I was 18 years old. Having spent so many days in the hospital, I had learned to try to “enjoy” the quiet. Television sets back then were tiny little black and white affairs, no bigger than today’s laptop and most of the time delivered only incredibly poor reception. I couldn’t read with all the contraptions I was hooked up to and wouldn’t have been able to concentrate enough anyway because of the drugs I was on.  I could only lay there and wonder.

I don’t remember being fearful.  I suppose youth kept away such ghosts.  I just remember the pain. It would subside for a bit, only to come back with almost the same vengeance as before.  When a wave came through that was particularly bad, I’d grip the bed rails and squeeze. 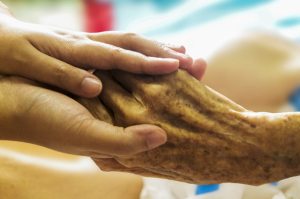 She walked into the room just after the latest volcanic activity in my abdomen had subsided.  She had been on duty since 3:00 p.m. and had been coming in about every 15 minutes to check on me.

This visit though, was different. She pulled up a chair next to my bed and sat down.  She didn’t say anything, she did just one tiny, miraculous thing.  She took my hand and simply held it as new waves of pain came through.  No words spoken – just her touch.  She didn’t take her hand away for the next hour or so.  She simply stayed and held my hand. The waves of pain started to subside.  She continued to stay.  As I finally started to drift off to sleep, she took my hand, gave it a gentle pat and laid it to rest on my stomach.

Her name was Gwen, if memory serves me still. When you’re 18, someone who is 35 seems to be quite old.  That’s the age my mind set for her.  She was soft-spoken, had long, brunette hair that was neatly swept back and had hands that were those of the angels – at least that was what I concluded.

The exploratory surgery was performed on December 27th.  It was a success – the doctors finding a tiny tumor in one of the para-thyroid glands. They told me weeks later that if one more pancreatitis attack had come, I might not had survived it.  They had saved my life.

The doctors who performed the surgery, the nurses who attended, the unseen technicians and lab folks who studied the test results trying to find out what was wrong were all blessed spirits. But the one blessed spirit who sat with me and simply held my hand that one winter evening- without her touch – well, there’s nothing much to wonder about – a blessed spirit of the highest order – one whom I will always remember and be most grateful for.